iPad is the tablet with the highest customer satisfaction

Android tablets may be slowly taking over sales in the tablet marketplace, but the iPad still reigns as king in customer satisfaction. 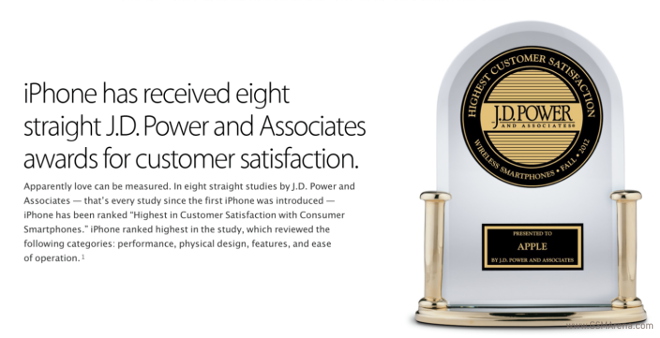 This is mainly due to the myriad bargain, low-quality Android tablets that are currently on the market. Hit the jump to see the official rankings, courtesy of J.D. Power.

J.D. Power did notice a correlation between the price of the tablets and customer’s satisfaction with them: the lower the cost of the tablet, the less satisfied consumers were with them. Their report also found some interesting facts pertaining to the price of tablets:

“As more value-priced brands enter the marketplace and the average purchase price of tablets declines, overall tablet satisfaction declines, according to the J.D. Power 2014 U.S. Tablet Satisfaction StudySM—Volume 1 released today.
Lower price is the No.1 reason for tablet choice in 2014, with 25 percent of current tablet owners citing price as the main reason for selecting their current brand, compared with 21 percent in 2013. Features offered and brand reputation are the next most-frequently cited reasons for selecting a tablet device (22% and 21%, respectively).”

Any Apple fans out there agree? Or are Android users just a more finicky bunch who expect more from their devices?