It seems there is one more thing that was not demoed in the iOS 5 keynote at WWDC 2011, nor was included in the developer beta and that one more thing is Nuance integration in iOS 5. 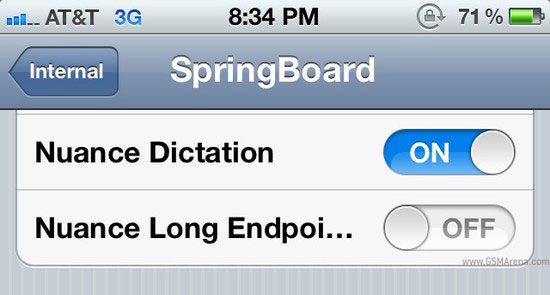 What this means is that iOS 5 may have speech-to-text input built-in, just like Android 2.1 and above devices. Now iOS does have some voice input capability, introduced by iOS 4 but it can only be used for certain functions, such as making calls or playing a track and even that is powered by Nuance. However, it seems with iOS 5 Apple is allowing further access to Nuance within its mobile operating system, which means you would have the opportunity to talk to your iOS device a lot more than before.

Currently, Nuance makes an app for iOS devices called Dragon Dictation, which lets you speak to your phone and then the app converts the voice to text, which you can paste in any application. However, if the above feature does make it to the final version this whole process could become a lot simpler. Of course, any Android user would tell you that they had it for quite some time now.