The iOS 5 beta 5 was released last week and just got its jailbreak via Redsn0w 0.9.8b5. The jailbreak is again only a tethered one (so in case of a reboot you’ll have to plug your iDevice into a computer and load the jailbreak anew) and still doesn’t support iPad 2. 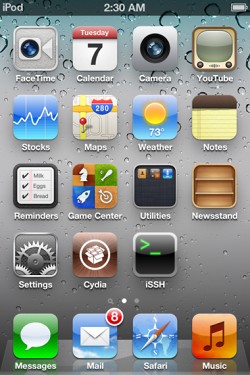 If you’re running an iPhone or iPod Touch with the beta iOS 5 you can install this jailbreak but keep in mind that it’s intended for devs to test so even though it has more features it doesn’t work as well as the current iOS version. Some jailbroken apps and tweeks aren’t supported for one and performance is hardly the smoothest as of yet.

Also jailbreaking your iOS 5 beta means that should the next beta come out via an OTA update, you won’t be able to get it unless you do a restore to the stock version of your software.

You can find all the details on how to jailbreak in the links below.