The good, better and best of the Intel Atoms will be labeled x3, x5 and x7 respectively. And that’s not all, as Intel’s PR blogpost suggests that the change is not in the names only, but there is actually new silicone ready to be announced.

The new Intel Atom x3, x5 and x7 processors will be aimed at tablets, phablets and phones and prioritize mobility and battery life, while offering competitive battery life. The Intel Core M and Core i series remain to target laptops and hybrid devices. 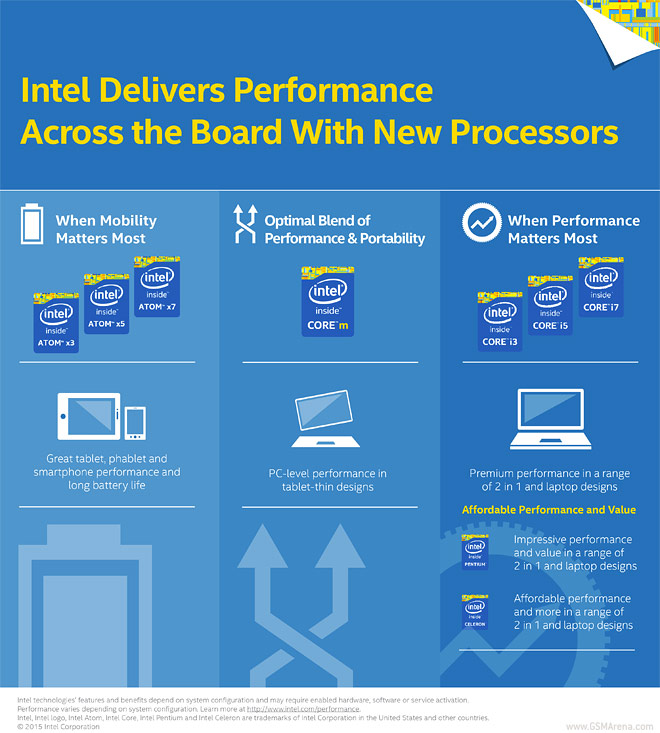 While, today’s news is not a product announcement per se, we still think they’ve got some new sillicone ready. It’s clearly stated that “This change will start with the next generation of processors” and the infographic explicitly states new processors in the title.