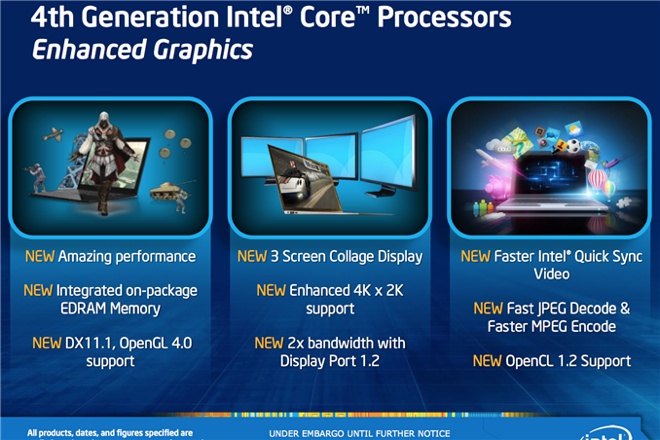 With Iris, Intel is promising a performance boost of around two times over the current generation Ivy Bridge processors, which is quite significant. Intel also plans to compete with the NVIDIA 650M, a dedicated mobile GPU, which is quite ambitious. 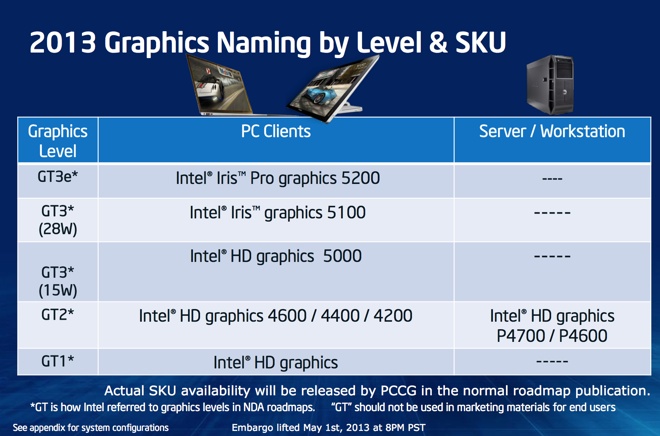 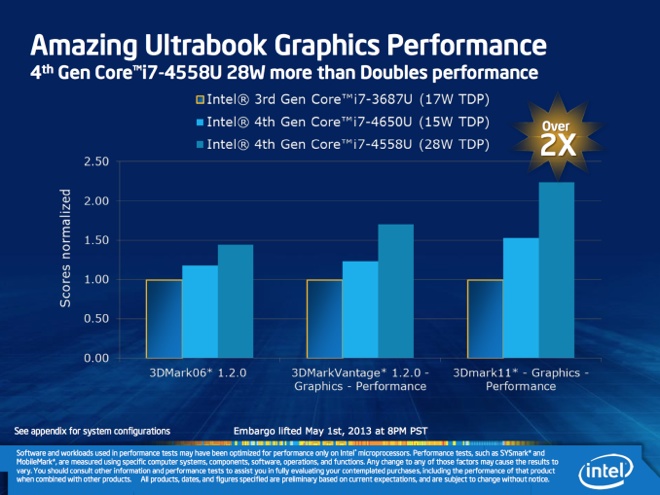 A faster onboard GPU is an important asset for Ultrabooks as they don’t have a dedicated GPU due to power and thermal constraints. An onboard GPU is all they have and if it isn’t powerful enough then you can pretty much forget about gaming, which is what the situation has been so far. This is where Haswell is expected to make a big difference, with graphics powerful enough to make gaming possible even without a dedicated GPU without consuming too much power. On desktop computers, a powerful onboard GPU will come in handy for tasks such as video encoding, using Intel’s QuickSync technology.

For more information, click on the source link below.