Samsung showed off the Series 7 laptops, which will keep the Series 7 Slate PC company. The laptops come in 14″ and 15.6″ flavors and go up to quad-core Core i7 and to make sure the powerful CPU is busy, there’s an 8GB SSD cache for the hard drive. 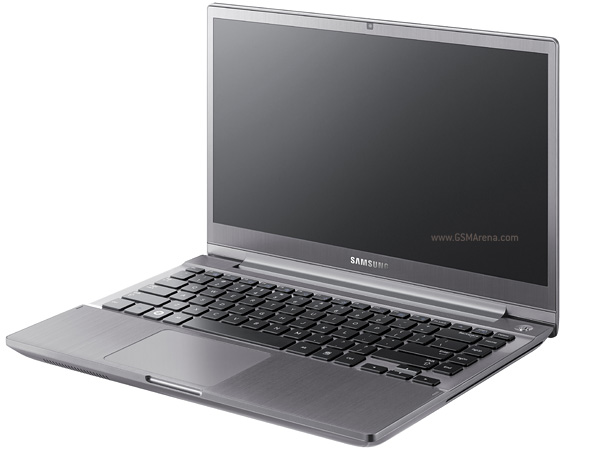 There’s a AMD Radeon 6490M or 6750M GPU feeding the display, depending on the model. No struggling with Intel-made graphics here.

As for the processors, the 15.6″ Series 7 laptops offer Intel Core i7 2675QM quad-core processors, while the 14″ model has Core i5 2430M dual-core. Even the quad-core versions promise up to 9 hours of battery life.

Here’s a table with the specs of the four upcoming Samsung Series 7 laptops. They’ll launch October 2nd, but there’s no info on which countries will get them.