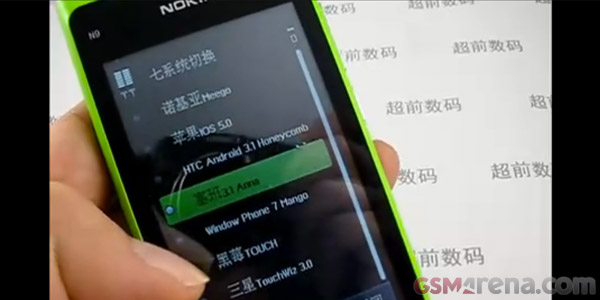 This unusual looking lime green N9 has been demoed on video showcasing its ability to switch between not just one, but seven different mobile operating systems. Of course it’s not some special edition or in house unit leaked from the Finns but in fact a peculiar shanzhai/’Nok-off’ straight from the back streets of China.

This Chinese impostor, although not quite living up to the hardware specs of the real-deal does have the unique power to switch between MeeGo, iOS 5.0, Windows Phone 7, BBOS, HTC Sense, Samsung’s TouchWiz and Symbian Anna.

We don’t have a price for this confused N9 but it’s at least caught our attention as one of the most impressive knock-offs we’ve seen.