A couple of benchmark results which have surfaced from Huawei’s new home-made octa-core Kirin 920 processor, showing some serious horsepower under the hood.

The upcoming processor from the Chinese smartphone company that features four Cortex-A7 cores and four Cortex-A15 cores, beats out Qualcomm’s Snapdragon 801 in the AnTuTu benchmark. 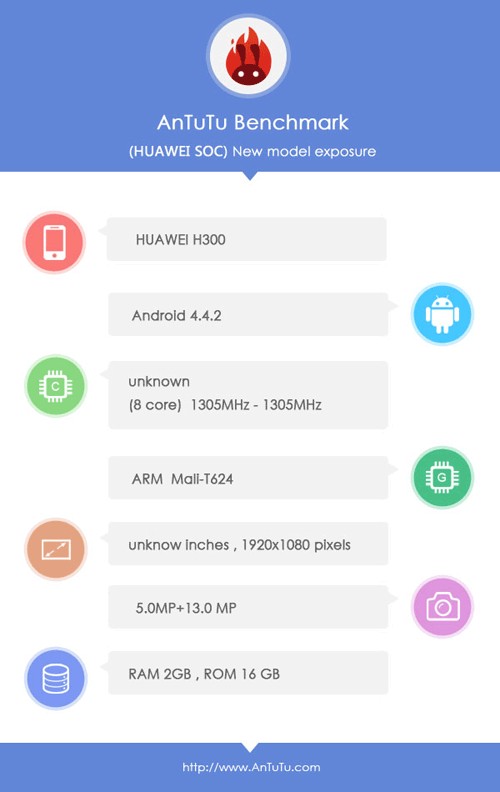 The device was able to achieve an impressive score of 37,363, which is higher than the Snapdragon 801, and not too far behind the Snapdragon 805 expected in the next generation premium flagships to debut later this year. 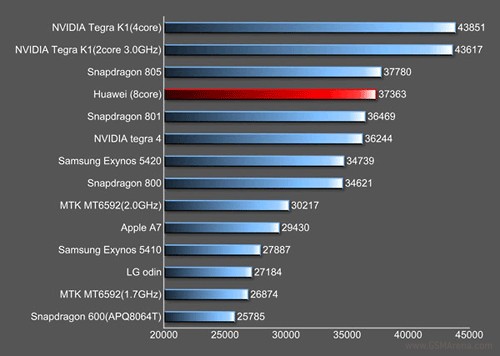 According to some leaked specifications, the processor is capable of supporting a 2K display thanks to its Mali 628MP4 GPU, dual-channel DDR3 RAM, and even a whopping 32MP camera sensor. 4G LTE support is also expected, although it’s unknown at which bands.

If the benchmarked performance holds up upon release of the eventual flagship (presumed to be the Ascend D3), Huawei’s own home-grown processing solution may help the Chinese manufacturer become a major player this year, and not just in China.

Thanks, Andi, for the tip!