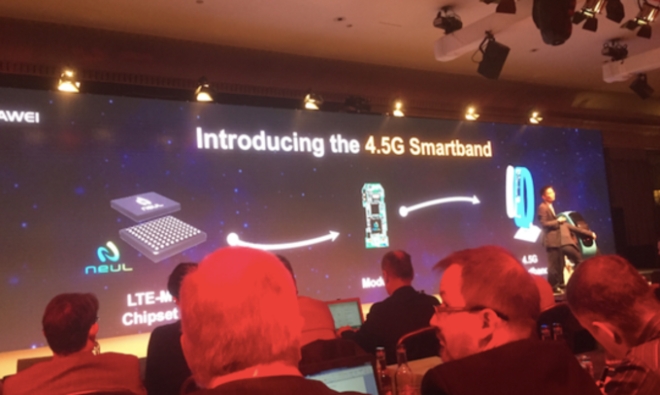 You would be able to use the wearable to track your fitness levels and heart rate, as well as pair it with other IoT devices, for example, thermostats and energy readers. The device will include an LTE-M chip made by Neul, which Huawei acquired back in September last year.

While the company was mum on specs, complete details of the 4.5G Smartband are likely to be revealed at the upcoming Mobile World Congress (MWC) in Barcelona, Spain.