We saw the Huawei MediaPad 10 FHD back at Mobile World Congress earlier this year but there hasn’t been any news about it ever since. 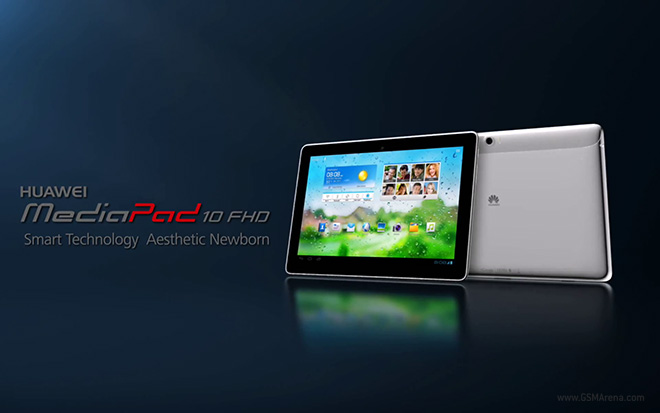 Now it seems the device is close to its release and so Huawei has released an official video mentioning some of the key features of this 10-inch Android tablet.

One of the major features is the presence of a 10.1-inch, 1920 x 1200 resolution IPS panel, which is the highest so far in the world of Android tablets, along with the new ASUS Transformer Pad Infinity.

Other things that the video mentions is an 8.8mm thick, 580g “luxurious, yet subtle” body with “refined metallic surface”, 8 megapixel camera on the back with dual-LED flash, Dolby Surround sound, Huawei’s own K3V2 processor with a quad-core CPU and a 16-core GPU, LTE connectivity, 160GB cloud storage (no particular service mentioned), cloud-based backup and sync, device locator and a laptop-style keyboard dock.

No pricing or release dates have been mentioned. We will just have to wait for the official launch to find those out. In the meanwhile, you can check out our hands-on here.

Thanks Brian for the tip.