The recently announced Huawei Honor 6 flagship isn’t even on the market yet but some industrious folk got their hands on it and did what comes natural to tech geeks – they took it apart. While it’s not coming from iFixit the people who took apart the Honor 6 (also called Glory 6 in some markets) awarded it a 7/10 separability score. 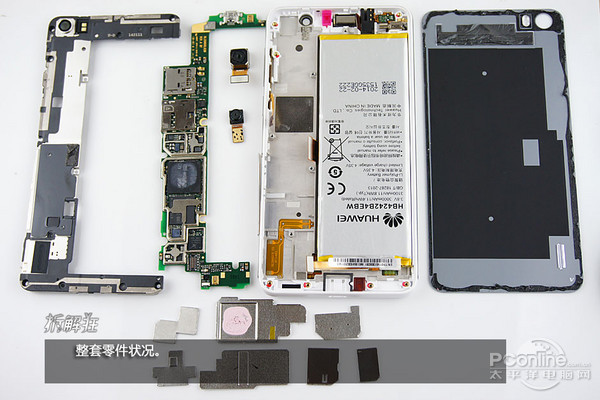 The teardown photos reveal the back material can take some abuse, but the battery is not easy to take out.

Also note the aluminum alloy structure that helps spread out the heat from the chipset.

Thanks, shantia, for sending this in!