Another Android tablet was just thrown our way by Huawei. The Chinese company unveiled the 7″ MediaPad, which will be the first slate to run on the Android 3.2 Honeycomb, which is supposed to be the edition of the Google OS best suited to smaller-screen slates. 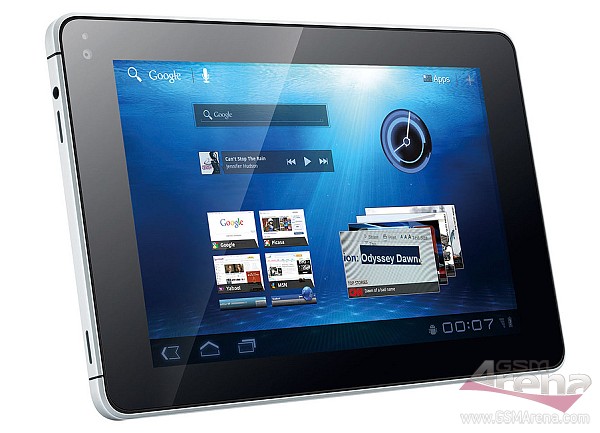 On the hardware side of the things the Huawei MediaPad 7″ sounds pretty attractive too with its 7″ IPS LCD capacitive display and 10.5mm slim waistline. The 390 grams of weight actually make the MediaPad a pretty portable device, while the Snapdragon chipset featuring a couple of Scorpion cores running at 1.2GHz should give you all the processing power you need.

The Huawei MediaPad also offers 14.4Mbps HSPA and Wi-Fi b/g/n connectivity, plus a couple of cameras (5MP on the back and 1.3MP on the front) and 720p video recording. Given the oomph under the hood the 1080p video playback will hardly surprise anyone, while the HDMI port will let you easily stream the high-res videos to your HDTV.

The MediaPad will be available in select markets in Europe from Q3 2011, but unfortunately there’s no saying on how much it will cost. Here’s hoping they get the pricing right as this thing really seems to have good market potential.