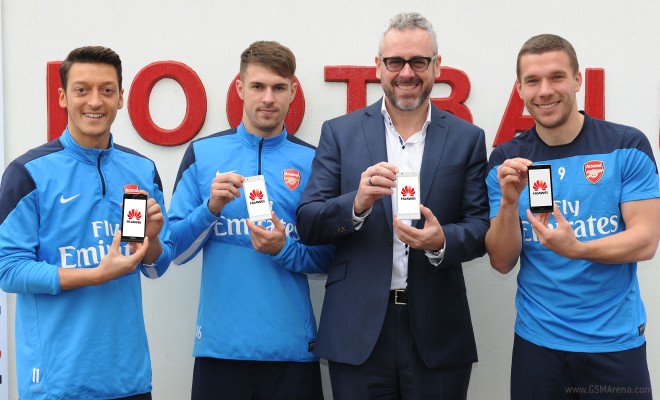 This is the first partnership that the north London football club has had with a Chinese brand, with both Arsenal officials and players set to take part in communication and promotional activities in the UK and abroad.

“We are delighted to welcome Huawei to Arsenal as an official partner. This is the first global deal we have signed with a Chinese brand, demonstrating our long-term commitment to the market through pre-season tours and sustained digital fan engagement. Huawei is a genuine leader in its field serving more than a third of the world’s population with its information and communications technology. We are delighted to be partnering with Huawei at such an exciting time in the development of its brand globally, and in particular in the UK and Europe.”

Could this mean tickets to the Arsenal games will be bundled with a new Ascend P6S? We’ve got our fingers crossed.