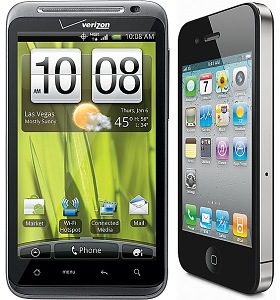 Out of a 150 Verizon Wireless stores, 61% have reported evenly distributed sales between the two devices, 28% claim to have sold more Thunderbolts, and the rest have claimed the iPhone as the winner. Verizon Wireless executives must be nothing short of thrilled by the solid reception of HTC’s latest large screen offering.