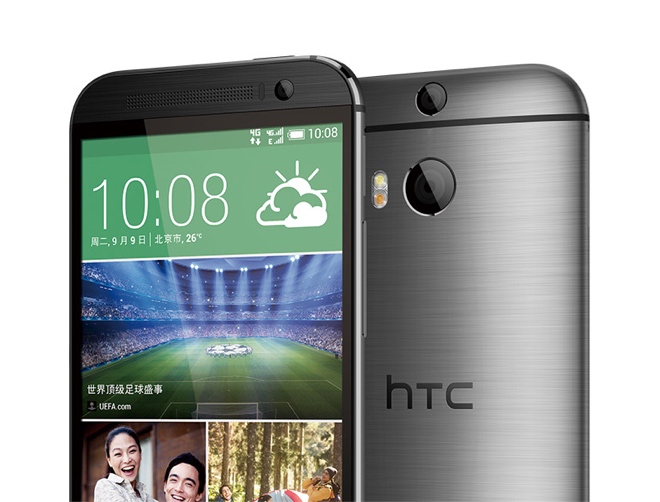 HTC seems to have heard all the feedback about the camera and has now come up with a new variant, the HTC One (M8 Eye). The One (M8 Eye) gets a new 13 megapixel camera and a lower price. That sounds like a recipe for success but it’s not without its caveats. Let’s see what the phone is like.

The HTC One (M8 Eye) is visually almost identical to the standard (M8). The only minor difference is the lack of a tiny black vertical strip above the main camera lens on the back, which I’ll get back to later. 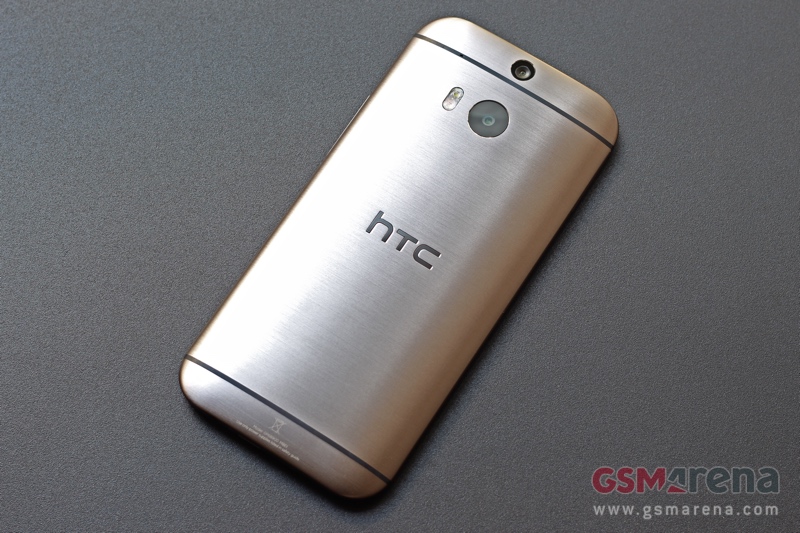 Being identical is not a bad thing in this case, though. The original (M8) is a handsome looking device with a lovely unibody aluminum shell that feels as good as it looks. It’s not as big as some of the phablets out there and is easy enough to use one-handed. The build quality is excellent, as is the general fit and finish of the device. The phone looks and feels the way a high end smartphone should.

The One (M8 Eye) has the same 5.0-inch, 1920×1080 LCD as the standard (M8). I only have some issue with the color calibration of the display, which, as on the original (M8), is slightly oversaturated and almost looks like an AMOLED display. The skin tones especially appear a bit too red. Other than that, though, the display looks fantastic and most people would find the colors appealing (people have a habit of finding properly calibrated displays too bland because they are used to seeing saturated colors everywhere). It’s still one of the better displays on the market. 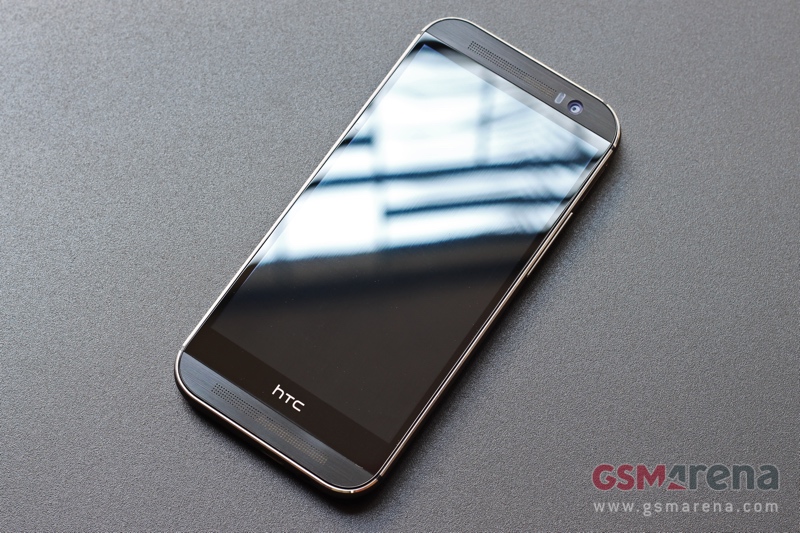 The connectivity features have also been altered. The Wi-Fi 802.11ac has been dropped in favor of only 802.11n, there is no NFC (hence the missing black strip above the rear camera) and there is no infrared port on top, which could be a big deal for those who like to use their phones as a remote control.

In terms of software, the two phones are identical. The One (M8 Eye) runs on the same HTC Sense 6.0 with Android 4.4.4 underneath. The software experience on the HTC One remains class-leading, at least among non-Nexus devices. HTC’s Sense UI is by far the most polished, user friendly and better performing of the lot, and arguably also the best looking. It includes relevant, useful features that you can actually use everyday and brings no performance penalty unlike some of the other custom skins out there.

The overall performance of the phone was great. The UI scrolls smoothly all the time, apps open and close quickly, multitasking is effortless and games work great as well. The slight drop in clock speed compared to the Asian (M8) is not really felt anywhere on the phone.

HTC has been good when it comes to updating the software on its flagship devices but that can’t necessarily be said about all its phones. The HTC One M7, for example, got quick updates, but the One Max despite being more expensive was mostly ignored. The (M8) EYE is the standard (M8) for most parts but being limited to a handful of markets, it remains to be seen if HTC will show it the same love as the standard (M8) when it comes to releasing quick updates.

The One (M8 Eye) has the same 13 megapixel rear camera as the HTC One E8. The image quality is vastly superior to the 4 UltraPixel camera on the standard One (M8). Images during the daylight come out sharp and detailed and the white balance and colors are also quite good. Thankfully, there is none of the pink tint that the standard One (M8) camera was known for. 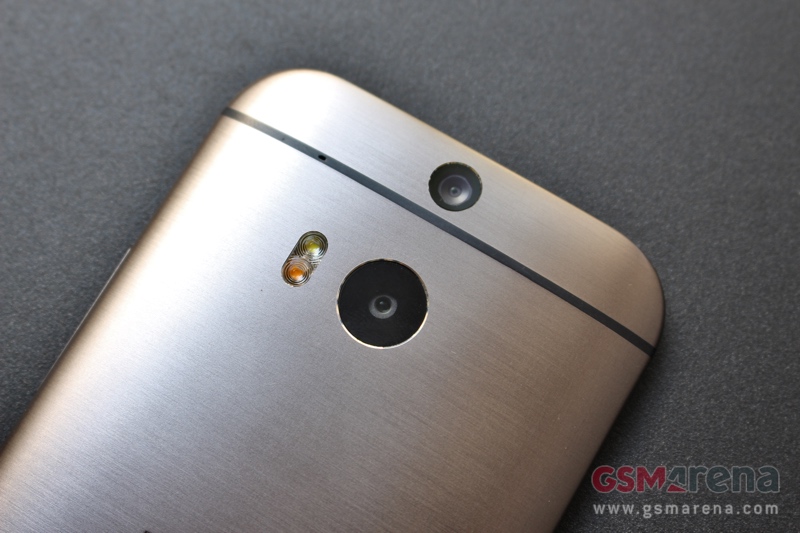 Low light performance was also quite good. Despite having smaller pixels, there is no major loss in image quality and thanks to a good sensor and image processing, low light images are just as usable.

The One (M8 Eye) also features the Duo Camera feature from the (M8). Unfortunately, it’s just as unreliable as before. The camera often has a hard time separating the foreground objects from the background and when applying the blur filter it applies it on part of the foreground object as well. This is rather disappointing as other manufacturers have managed to achieve better background blur quality from a single sensor.

The video quality was not impressive. First of all, there is no 4K recording option. This was excusable on the standard (M8) because the sensor wasn’t high enough resolution for 4K recording but that excuse is not valid for the One (M8 Eye). The 1080p videos the phones produces aren’t very detailed and don’t look as good on the PC as they do on the phone’s display.

Secondly, there is no optical image stabilization, which means you can’t move around much while shooting as the camera shake is quite jarring.

Strangely, HTC has also changed the front facing camera on the One (M8 Eye). It’s not as good quality as on the original One (M8) even though it has the same resolution and the field of view is much narrower, so you can have fewer people in the frame at once. 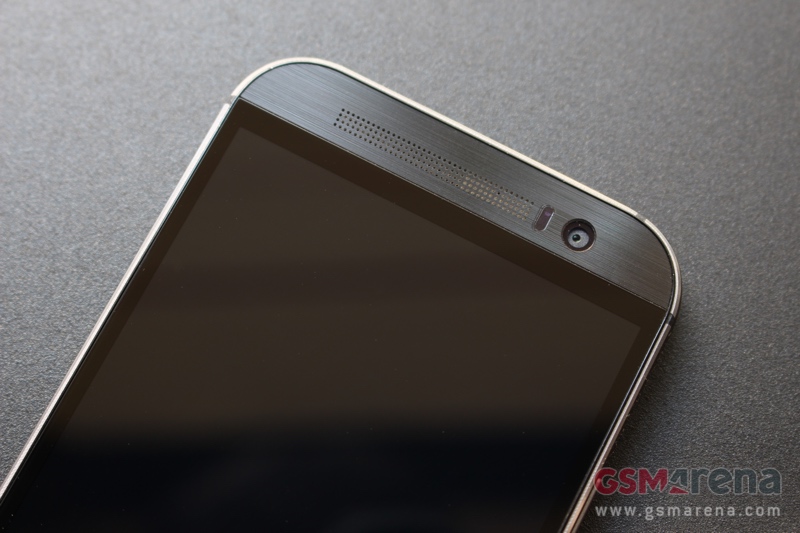 One of the best things about the recent HTC phones are the BoomSound speakers. The One (M8 Eye), of course, has them and they sound exactly as they did on the One (M8), which is to say very good. Compared to most phones, the (M8) speakers have a warmer, full bodied sound that doesn’t have the tinniness of most smartphone loudspeakers. And they are loud, not enormously so, but still quite loud. Most of this is down to the BoomSound software effect, which is permanently on when you use the loudspeakers and cannot be disabled. It seems to be doing a decent enough job though at times I felt the dynamic range wasn’t wide enough. 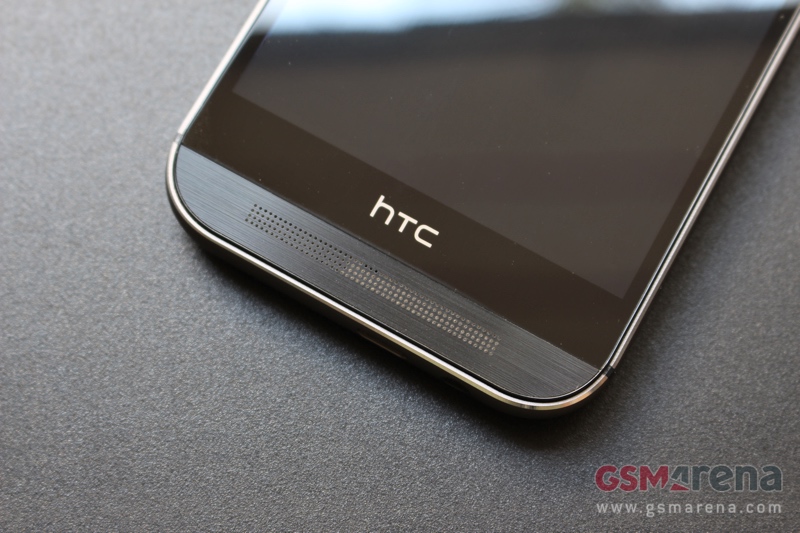 The stereo speakers help during gaming too, or anything for that matter. YouTube videos, movies, podcasts, audiobooks, Google Now reading out the weather forecast, it all sounds great on the BoomSound speakers.

The headphone audio is also exceptional. The phone of course includes a dedicated amplifier, which results in one of the loudest audio outputs I’ve heard from a phone. If you are serious about sound, the HTC phones are really the first you should consider as they are the only ones that can comfortably drive big, high impedance headphones.

The HTC One (M8 Eye) is for all intents and purposes a better HTC One (M8). Sure, you sacrifice a few things but it’s nothing major that you can’t live without. It still has everything you’d need and finally, a good camera that the original phone sorely lacked. It’s also a bit cheaper, which is just the icing on the cake.

The HTC One (M8 Eye) is limited to a handful of Asian markets as of now but if you’re in one of them then this does seem like the better option, not just over the standard One (M8) but over a lot of phones on the market today.