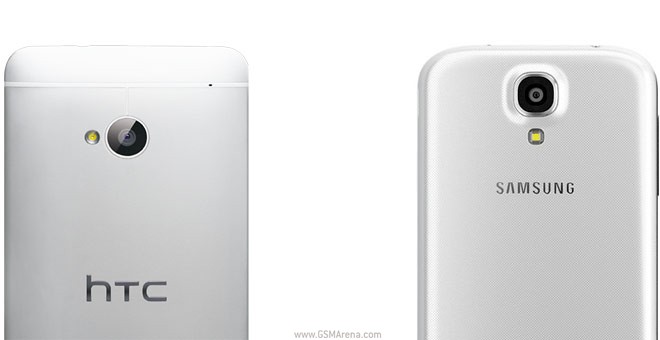 Samsung also issued an update for its Galaxy S4 flagship, which tweaks the camera performance as well. Naturally we wanted to see what those are all about and took the two hottest smartphones of the season for another shooting session.

The HTC One still shoots in pretty mediocre 4 MP resolution, while the Galaxy S4 has enough megapixels to accommodate any print size.

HTC’s latest software update benefits the overall sharpness of the samples and improves the noise levels. It’s immediately obvious that the level of fine detail has improved, with images now pleasantly sharp.

However, the Samsung Galaxy S4 still retains the edge in terms of resolved detail with the new software. Images are incredibly crisp and sharp with loads of detail, great dynamic range, fine contrast resulting and nicely (but not overly) saturated colors.

The sheer amount of pixels the Galaxy S4 has over the HTC One play a key role here. There’s just more resolution to go around and it clearly benefits the Samsung flagship in good lighting.

While improved the noise reduction of the HTC One isn’t as good as the one on the Samsung Galaxy S4 – you see the grainy artifacts in the sky and on the textures of walls or in solid colors. The Galaxy S4, although still producing noise, keeps it at a lower level.

Then there’s dynamic range. When looking at both phones we think it’s a tie with both phones retaining a similar amount of detail in highlight and shadows.

Generally the HTC One produces warmer colors than the Galaxy S4. This isn’t ideal for everyone as the Galaxy S4 tends to keep closer to reality.

HTC has always had trouble tweaking the HDR mode of its smartphone. We’ve become accustomed to seeing the exaggerated HDR effect and too flat images, but the One is a big step forward, producing pretty good HDR samples.

Obviously the HTC dev team has done a good job optimizing the One camera output. However, as far as daylight perfromance is concerned the Taiwanese flagship is still unable to match the Galaxy S4, which arguably has the best camera in the Android realm.