How does the iPhone 4 pixel density stand in comparison?

Apple was very keen to brag about the iPhone 4 high-res screen and for a very good reason. From having one of the lowest pixel densities on the market in the previous generations, the iPhone is now in the lead. The question remains how much of a lead does it have over its rivals and I decided to do a brief comparison to give you an idea about that. 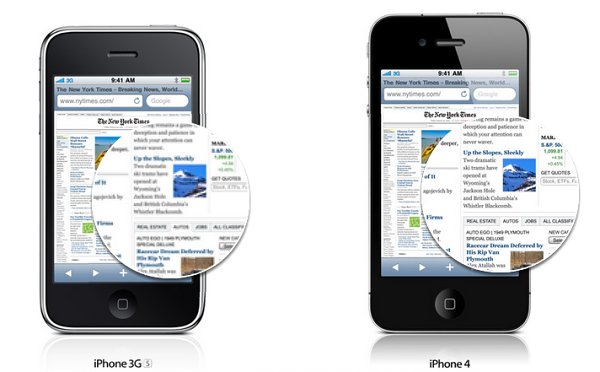 I calculated the pixel density of some of the phones, based on their diagonal and resolution and here is how they rank.

As you can see the iPhone 4 does have a significant advantage over some of its rivals but is not that far ahead when compared with other. In the end it all boils down to the viewing distance as greater resolution matters little when viewed from a great distance as the human sight limitations kick in.