GTX 680 tested in quad-SLI configuration, fails to keep up the consistent lead over HD 7970

After the launch of the Nvidia GTX 680, the initial reviews that came out painted pretty much the same picture, that this new graphics card is better in almost every way compared to the AMD Radeon HD 7970 and is currently the fastest single GPU graphics card available in the market today. 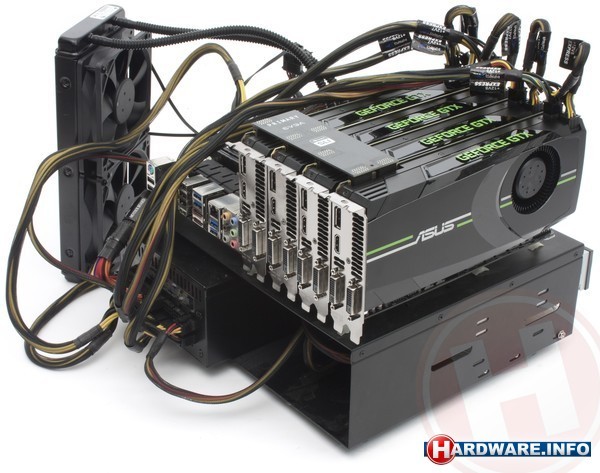 But even before we could stop ogling at the amazing benchmark scores, Hardware.Info has come out with a new review, where they test not one or two but four GTX 680 in a four-way SLI configuration and then they compared it with the HD 7970, which too was set up in a quad-CrossFire configuration.

Considering its achievements in the single card configuration, one would expect the GTX 680 to maintain its lead over the HD 7970 even in the quad-configuration mode and that’s mostly what happened. But unlike the single GTX 680, the four GTX 680 did not quite manage to dominate all the tests, with some of the games and benchmarks favoring AMD over Nvidia. Also, when it came to idle power consumption, AMD put on a better show but lost to Nvidia under load. 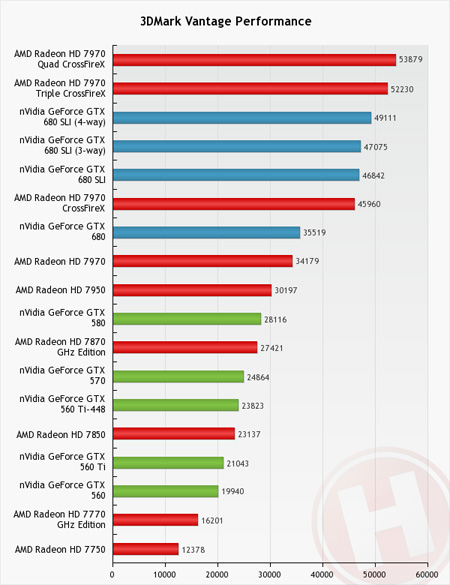 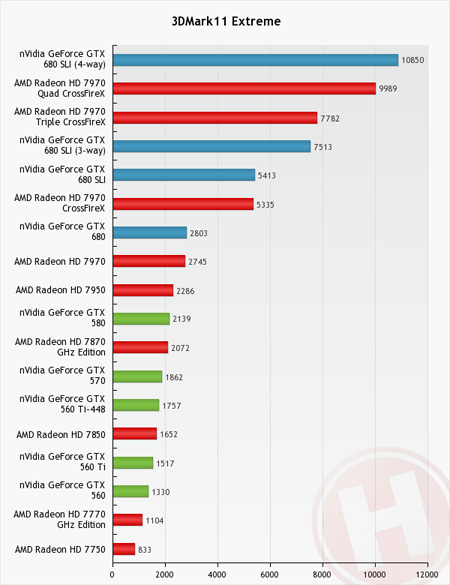 So unlike the single card tests, the results aren’t completely in favor of Nvidia here, which means if you were to go for a quad graphics card set up, you can’t really go wrong with either the GTX 680 or the HD 7970.