10 years ago, to the month, the first all-3D Grand Theft Auto made its way to consoles and effectively kicked off a genre of games we’ve come to know as sandbox shooters, now a staple of modern gaming. To celebrate, Rockstar are marking the occasion with a special 10th Anniversairy Edition of Grand Theft Auto III for you to relive the thrill as you steal cars, get into gun fights and evade the cops around Liberty City.

The GTA series is no stranger to handheld gaming with GTA: Chinatown Wars initially available on the Nintendo DS and the PlayStation Portable, before making its way onto iOS. The developers did the best they could of tweaking the controls to work as smoothly as possible with the all-touch interface of the iPhone and iPad, but there’s something about hardware controls with a fully fleshed out game like this that works so well. 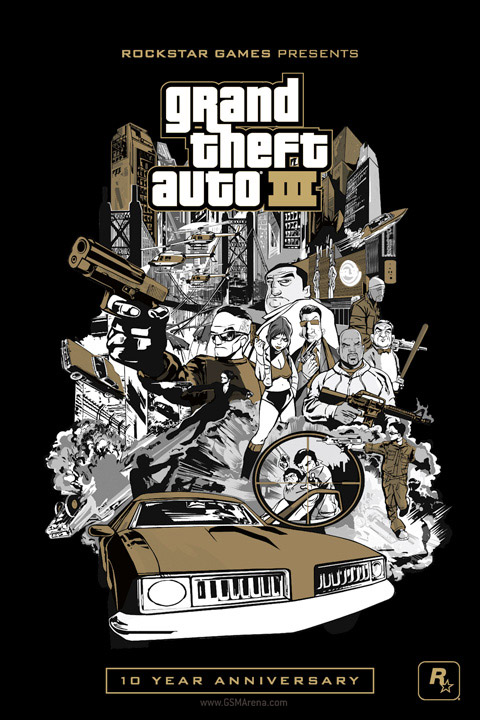 It will be interesting to see how the experience differs as GTA 3 will be made available to a host of both Android and iOS devices, providing that you have dual core processing on board.

The current list of compatible devices are as follows:

For the die-hard fans, Rockstar will also be releasing a 1:6 scale figurine of the game’s protagonist Claude, complete with multiple outfits and an assortment of weapons, lifted from the game. The price to be an uber-fan in this case? $150 for the figurine, with prices on the apps still unavailable. 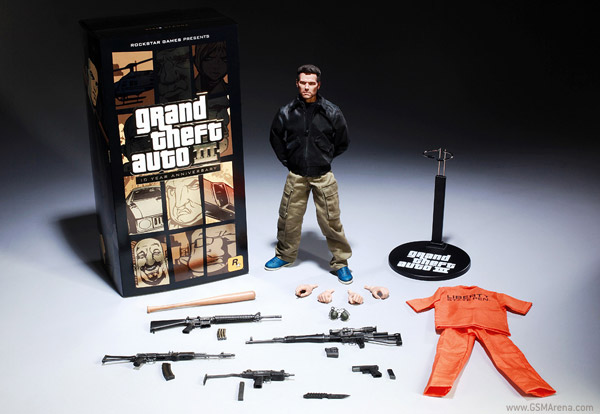 If you are a member of the Rockstar Social Club, you can also get the chance to win one of these figurines here.

So what do you think? Something you’re likely to pick up at the App Store/Android Market, or are you more inclined to let it drive on by?