Last year Google announced a new project: covering an entire city with fiber optic connections and providing its citizen with internet connection 100 times faster than before. Naturally there was no shortage of applicants – 1100 cities all over the US wanted to have a taste of the 1Gbps internet speeds. 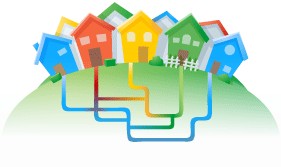 Google took their time reviewing the applications and announced today that the lucky winner is Kansas City, Kansas. A development agreement with the city has already been signed and work on the actual project has already started.

The Google internet service should provide speeds of up to 1Gbps, while costing as much as current broadband options. Its deployment in Kansas City should begin by the end of this year and Google will start offering its service in the first quarter of 2012.

And if you are living in any of the cities that applied, but weren’t picked, you shouldn’t worry – Kansas City is the first, but certainly not the last stop on this project. Plus that move by Google will certainly make other internet provider pick up their game and force them to provide faster speeds at lower price.