Google is supposedly readying a version of their Nexus 7 tablet for only $99. 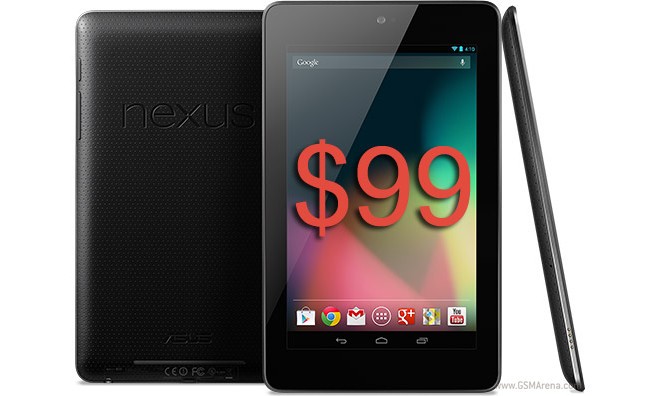 This is coupled with news of another Nexus 7 model which is expected to retail for the Nexus 7′s current price of $199.

Both versions will supposedly be thinner than the current model, and feature TN panel display technology made by HannStar Display.

Incidentally, HannStar has reportedly become part of Apple’s supply chain for the iPad, though the Taiwanese-based panel manufacturer has yet to confirm that it’s working with either tech giant.

Both new Nexus 7 models are expected to hit stores before the end of 2012, and if the rumors are true, we expect a $99 Nexus tablet to make a great stocking stuffer.