Google first announced its plans in 2010 to make a self-driving car that, well, drives itself around and the passengers just have to sit and enjoy the ride without worrying about driving the vehicle. After years in development, Google has revealed an early version of its prototype vehicle. 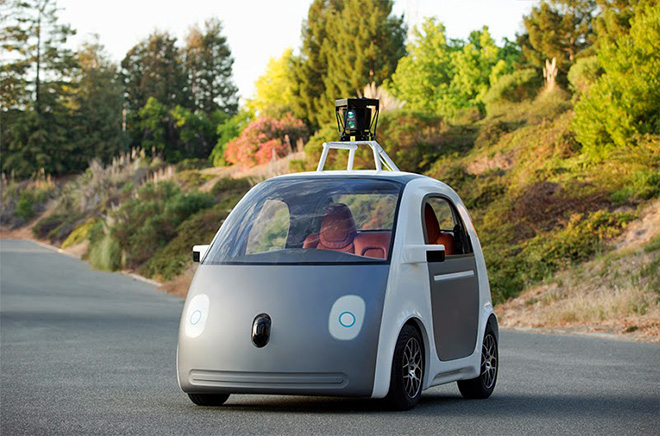 The car, other than its self-driving ability is not much. It’s a cute little hatchback with just two seats inside and a screen to show the route. It doesn’t have any creature comforts on the inside and that is on purpose as this one is more for testing and demonstration purposes.

The Google car has no steering, pedals or gear shift. It drives itself around using an array or sensors that can reportedly see as far as two football fields in every direction. You just have to press a button and tell the car where you have to go and it will do the rest for you. The speed on the current car is capped at 25 mph (40kmph).

Google will be building 100 prototype of this car and later this summer it will test early versions of this car with manual controls. If everything goes according to plans, the company plans on doing a small pilot program in the next couple of years in California and will eventually work with partners to bring the technology on to the road.