Google Nexus S display gets warmer colors with the 2.3.3 update

If you have applied the Android 2.3.3 update to you Google Nexus S recently you might have noticed that the screen now looks different. There’s no reason to worry though – the slightly warmer colors don’t indicate a hardware bug, but are in fact a feature implemented by the Google engineers. 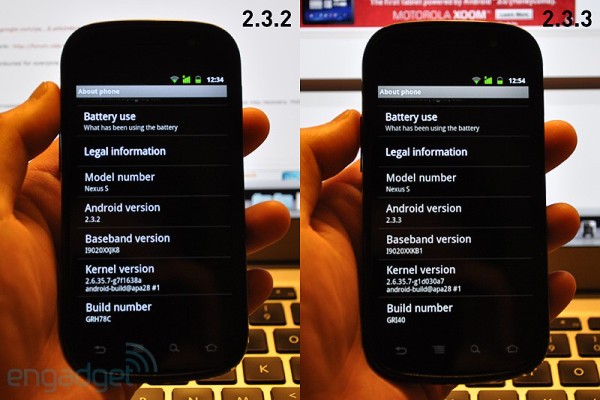 According the support team the color temperature adjustment was done so darker colors could be rendered “more accurately at all brightness levels”. Apparently there were users complaining that some darker greys have a reddish tint when a lower brightness setting is selected.

The guys over at Engadget did a quick comparison and showed what the difference actually is.

Now I wouldn’t say the new colors are more accurate, but I definitely find them more pleasing. It could be just me but I think that warmer colors look so much better on that gorgeous Super AMOLED.

Still if you prefer the more neutral original color temperature you might want to hold on with the update until there’s a way to manually adjust the color temperature. And yes, that’s been in the works for a while so it shouldn’t take too long.