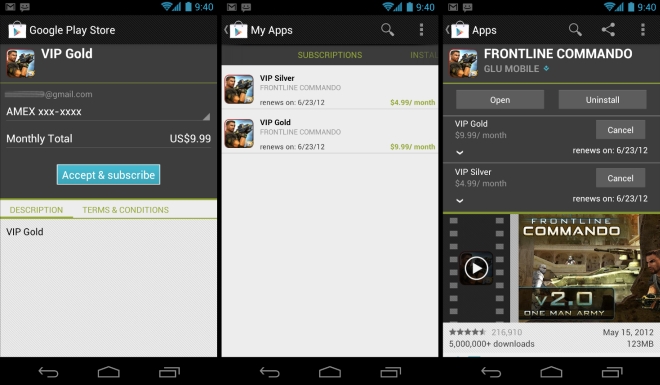 Google is also introducing a new HTTP-based publisher API. Using this API, developers will be able to let their users carry their subscriptions from one property to another. So in theory, if you, say, subscribed to The New York Times from their website and if the website uses Google’s API, then you will be able to carry forward that subscription to their mobile app as well and vice-versa. Of course, this functionality depends upon the developer and how they use it.

For now, you will find the game Frontline Commando offering the option of in-app subscription but many more should be joining it soon. From your end, there is nothing to do; if you have the Play Store app v3.5 and above, you will automatically be given the in-app subscription option as and when available.