The Maps issue on iOS is still a hot topic for some people and after Tim Cook himself suggested people try third-party solutions, there has been a lot of chest beating from established map makers. Now Google is putting its features where its mouth is and has enabled Street View in the mobile Google Maps site for iOS. 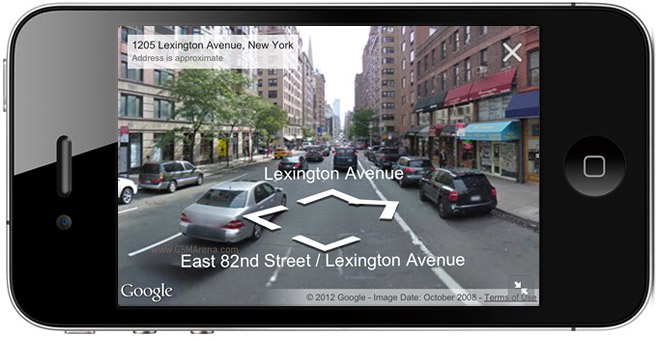 It’s a stopgap feature as a dedicated Google Maps app is still some way out, but it works well enough. You just search for an address where Street view is available (or drop a pin manually) and hit the peg man icon that’s synonymous with Street View (note: we had to switch to Satellite view for the peg man to appear, and we’re not sure if it’s a bug or not).

You get the familiar 360-degree view that you can pan around with your finger, but there are a few features missing. For one, the awesome compass mode is not available (even though Safari for iOS supports both accelerometer and magnetometer access for JavaScript).

Also, you can’t zoom in to get a closer view of buildings. There are also no transition effects as you navigate the streets, but we’ll let this slide. At least, landscape mode is available.

If you have an iPhone, you can take the new Street View for a spin and tell us what you feel in the comments. But is it the feature that people miss most from the native Maps app (as opposed to, say, public transport directions)?