Google does a “fall spring clean”, axes a bunch of its projects

Google announced that it will be performing some optimization of its business, shutting down ten of its minor projects. The company says it’s done in order to streamline and simplify the user experience as most of these are already integrated in its other services. 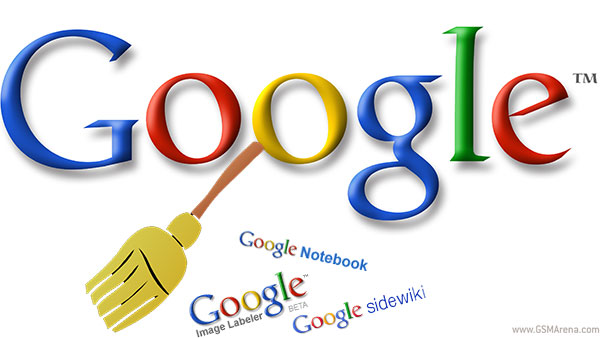 Here comes the list, along with the reasoning, as provided by the Big G itself:

Here’s a quick overview of where a number of products and features are headed:
• Aardvark: Aardvark was a start-up we acquired in 2010. An experiment in a new kind of social search, it helped people answer each other’s questions. While Aardvark will be closing, we’ll continue to work on tools that enable people to connect and discover richer knowledge about the world.
• Desktop: In the last few years, there’s been a huge shift from local to cloud-based storage and computing, as well as the integration of search and gadget functionality into most modern operating systems. People now have instant access to their data, whether online or offline. As this was the goal of Google Desktop, the product will be discontinued on September 14, including all the associated APIs, services, plugins, gadgets and support.
• Fast Flip: Fast Flip was started to help pioneer news content browsing and reading experiences for the web and mobile devices. For the past two years, in collaboration with publishers, the Fast Flip experiment has fueled a new approach to faster, richer content display on the web. This approach will live on in our other display and delivery tools.
• Google Maps API for Flash: The Google Maps API for Flash was launched to provide ActionScript developers a way to integrate Google Maps into their applications. Although we’re deprecating the API, we’ll keep supporting existing Google Maps API Premier customers using the Google Maps API for Flash and we’ll focus our attention on the JavaScript Maps API v3 going forward.
• Google Pack: Due to the rapidly decreasing demand for downloadable software in favor of web apps, we will discontinue Google Pack today. People will still be able to access Google’s and our partners’ software quickly and easily through direct links on the Google Pack website.
• Google Web Security: Google Web Security came to Google as part of the Postini acquisition in 2007, and since then we’ve integrated much of the web security functionality directly into existing Google products, such as safe browsing in Chrome. Although our previous sales channel will be discontinued, we’ll continue to support our existing customers.
• Image Labeler: We began Google Image Labeler as a fun game to help people explore and label the images on the web. Although it will be discontinued, a wide variety of online games from Google are still available.
• Notebook: Google Notebook enabled people to combine clipped URLs from the web and free-form notes into documents they could share and publish. We’ll be shutting down Google Notebook in the coming months, but we’ll automatically export all notebook data to Google Docs.
• Sidewiki: Over the past few years, we’ve seen extraordinary innovation in terms of making the web collaborative. So we’ve decided to discontinue Sidewiki and focus instead on our broader social initiatives. Sidewiki authors will be given more details about this closure in the weeks ahead, and they’ll have a number of months to download their content.
• Subscribed Links: Subscribed Links enabled developers to create specialized search results that were added to the normal Google search results on relevant queries for subscribed users. Although we’ll be discontinuing Subscribed Links, developers will be able to access and download their data until September 15, at which point subscribed links will no longer appear in people’s search results.

There doesn’t seem to be any that will be missed too badly and, since it will hopefully free up some resources for more important projects, this appears to be a pretty good idea.

Is there something on the list that you were actually using, and that you are going to miss? Share your thoughts in the comments section below.