The malware situation on Android has been discussed to death, to the point where there are now more articles written on it than the actual malware. Having said that it is still a very serious issue and Google understands this better than anyone. So they have announced a new service called Bouncer. 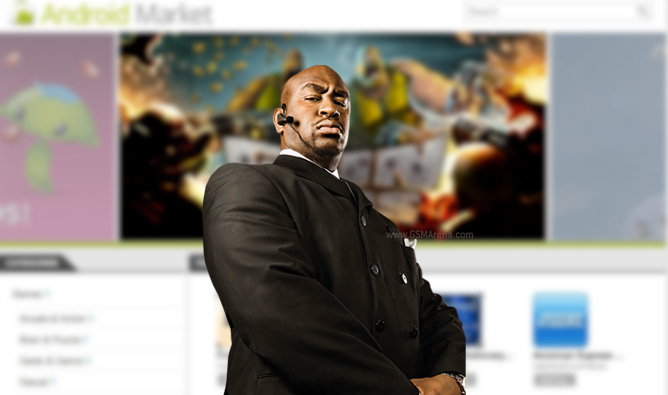 Bouncer is basically a program that automatically check newly submitted apps. However, there is no App Store or Windows Marketplace like vetting or approval process. Developers submit their apps as usual, which then appear on the Market and Bouncer then checks these applications to see if they are malicious.

The applications are run on Google’s servers and checked for any suspicious behavior. If any such behavior is noticed then the application will be removed from the Market. Bouncer also keeps a record of the developers, to prevent repeat offenses.

The interesting thing here is that Bouncer is not new per se and was actually deployed last year. Google is also claiming that compared to the first half of 2011, the second half saw 40 percent less malware on the Android Market, thanks to Bouncer. Google also went on to say that this is also the same period where anti-virus companies claimed that malware on Android was on the rise, subtly hinting that these companies might be blowing things out of proportion just to get people to buy their software, which wouldn’t be the first time for them.

If Bouncer continues to work efficiently, the malware situation on the Market might finally get under control. Having said that, Bouncer is only restricted to the Android Market and Google cannot protect you from malicious content obtained from other sources. In that case the user himself has to take care and make sure that what they are installing is after all nothing but a harmless fart app.