According to the firm’s research users in the US are mostly accessing on Google and Facebook through their smartphones. Google takes the top spot with a huge 88.0%, while Facebook is close in second with 84.4%. 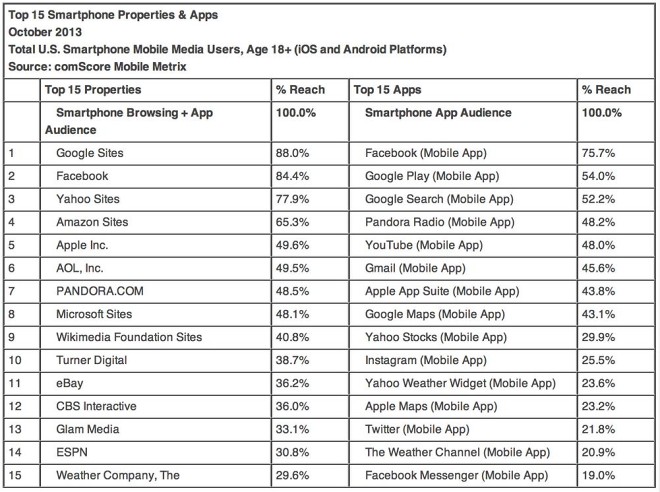 That’s browsing and as for app usage things look a little different. For one Facebook takes the lead with 75.5% way in front of Google Play’s 54.0%. Goole Search (where Google Now lives) is located in third with 52.2% besting Pandora Radio, YouTube, Gmail, Google Maps, Instagram, Twitter, etc. Interestingly, Facebook Messenger falls way behind its counterpart app with a lowly 19.0% usage share.