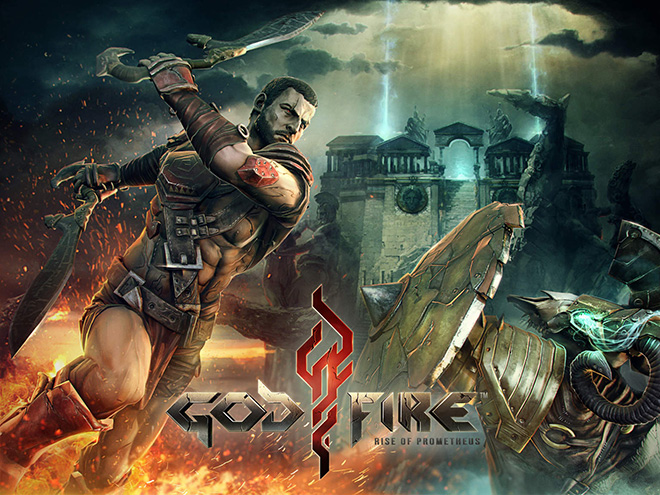 I decided to give it a try to see if it is something original or just another God of War rip-off.

Nope. It’s just another God of War rip off.

Everything from the characters to the setting and the weapons and the enemies and the level design and anything else that you can think of is heavily inspired from the successful God of War series. This could be seen as a compliment but at this point it is incredibly tired and cliched, especially since the original God of War series itself feels tired and repetitive. 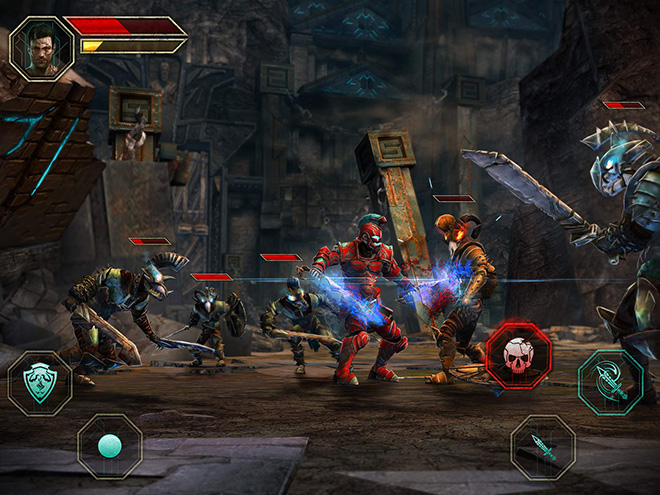 If you haven’t played God of War (you should at least play the first three if you’re into hack and slash games), Godfire: Rise of Prometheus (it even shares some of its name with God of War) features your typical Greek dudebro hero who has more muscles than all the other creatures in the game combined. He also has big swords which he uses to kill enemies with fancy moves, occasionally in slow motion so you see how cool it is with all the blood spraying everywhere.

Then there are the dozens and dozens of minions that will be thrown at you every few seconds and every now and then you will face a boss battle. Between that you run around and open chests and collect power ups. 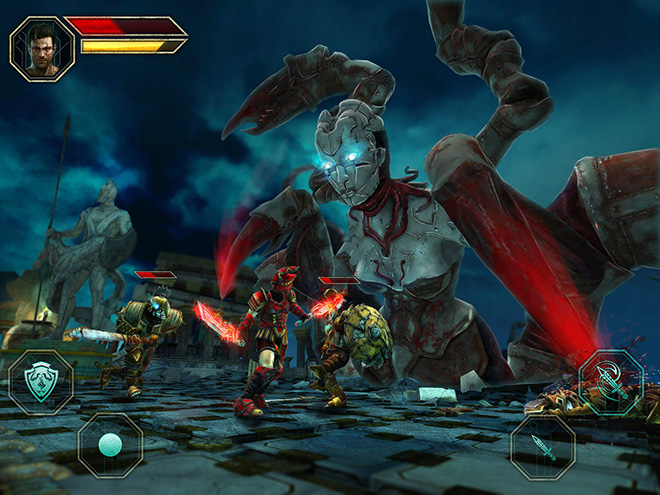 This is exactly like God of War, except here it doesn’t feel as cool. First of all, the hero in this game is absurdly lethargic, Whereas the action in GoW moved at a frantic pace, this guy despite all his muscles, has a hard time moving the two swords he carries around. The slow motion is just painful to watch and just make the gameplay feel like a drag. The combo moves are also hard to pull off and it doesn’t help that you’re playing on a touchscreen with slow controls.

The enemies of course have none of these issues and will beat you to a pulp after a sufficient time has passed. Their skill advances a lot faster than yours and you’ll eventually get frustrated and quit the game. 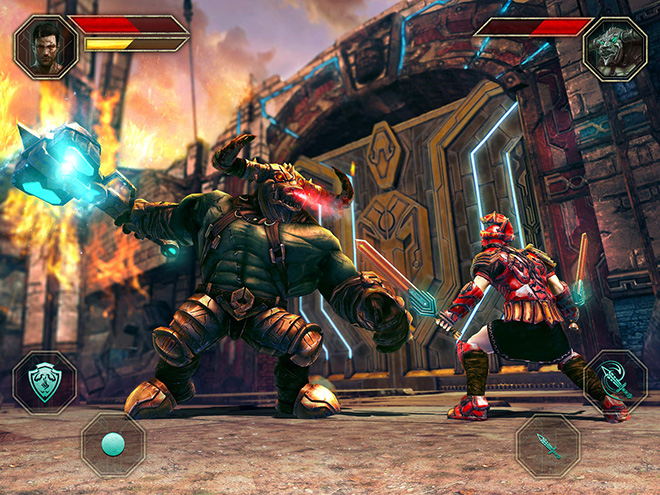 I honestly didn’t finish the game. I usually make it a point to before I start writing about it but I couldn’t. These ‘console quality’ games on mobile grind my gears as it is because they just don’t feel like they belong there, and this one tries too hard to ape an established franchise but instead comes across as a cheap knock off.

One thing I got to admit is that Godfire does look good. The general look of the game and the enemies is bit too similar to God of War but like its source of inspiration is undeniably attractive. Even the sound effects are good, although the voice acting is nothing special. 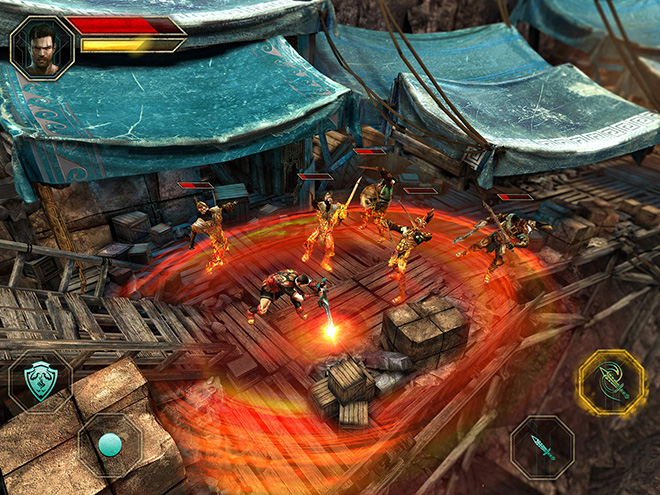 If you read the review you already know what I’m going to say here. Godfire: Rise of Prometheus tries far too hard to emulate God of War but doesn’t nearly do as good a job. My bigger beef with games like Godfire is their attempt to emulate console games on the mobile platform and that rarely works well. Some people may enjoy that sort of stuff, where they would like to have games similar to the ones they play on the console on their mobile devices and if you’re one of them you might enjoy Godfire but others should hold on to their $7 and spend it elsewhere.