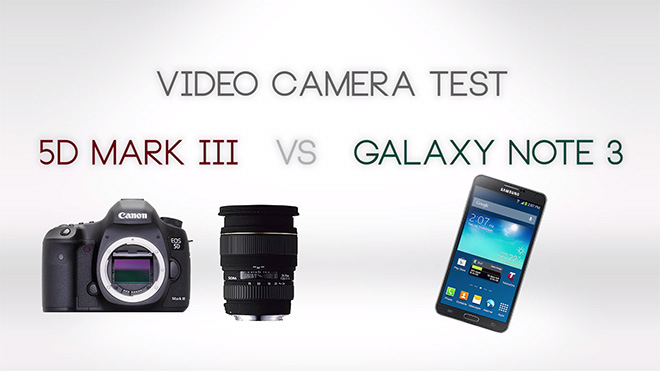 In this video, the 4K video of the Note 3 was compared to the 1080p video of the Canon 5D Mark III, a highly proficient camera as far as video recording is concerned. The video from the phone was downsized to 1080p for a more fair comparison. Everything else is explained at the beginning of the video.

The result of the video was a bit of a surprise for me. Despite the fact that the Note 3 has excellent video recording, I did expect the DSLR to win. The difference between the two is even wider if you consider the Note 3 records in 4K. Of course, if you want to do professional recording, you’d still want to use the DSLR as you’d have much better control over the video with the option to use different lenses but it’s good to see for amateurs the quality of mobile phone cameras is not just good enough now, it is encroaching professional camera territory.

Thanks Farhan for the tip.