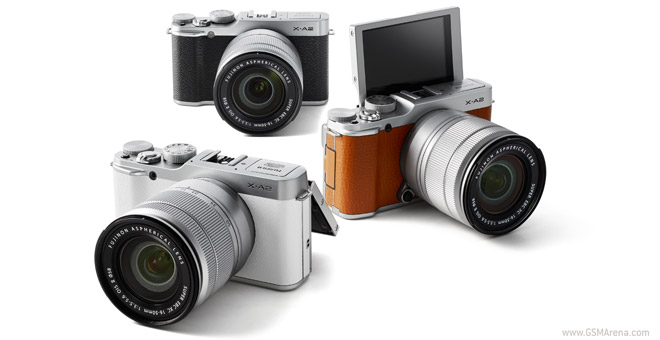 Alongside the new camera, Fuji unveiled two new lenses for the system – the XC16-50mm II and the XC50-230mm II.

The Fujifilm X-A2 features a 16.3MP APS-C sensor backed by an EXR Processor II. The new model has improved auto focus with eye auto focus, Auto Macro AF and Multi-Target AF. The AF speed is 0.3s, while shutter lag is 0.05s and ISO ranges from 100 to 25,600.

For video recording the X-A2 offers 1080p @ 30fps capture. Optical image stabilization is on board and adds 3.5 stops for low light and telephoto shooting.

Anyway, the camera supports Wi-Fi and can transfer photos to a smartphone (iOS or Android) and can wirelessly print them on an INSTAX Share Printer. There’s built-in RAW processing and a mode that simulates Classic Chrome film.