Apple didn’t introduce fingerprint-scanning technology in handhelds but it did make it hip again when it transformed the iconic iPhone home button into a Touch ID scanner in the iPhone 5s. 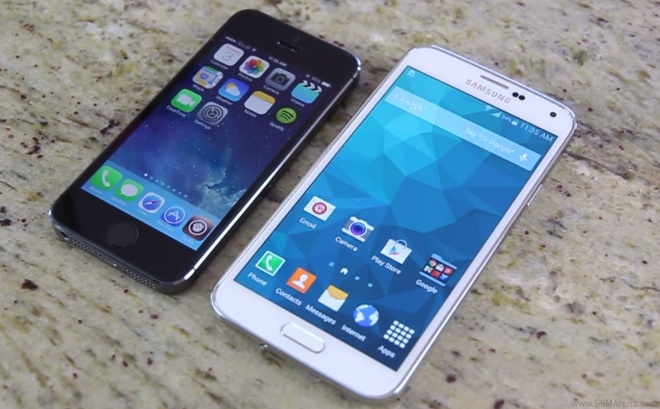 It must have generated the needed attention because other manufacturers were quick to add in their own fingerprint scanning tech. More recently, Samsung also made the leap with its Galaxy S5 flagship’s home button. But how do both technologies stack up?

It’s no secret that Apple opted for a different approach with its iPhone 5s compared to Samsung with its Galaxy S5. The iPhone requires you to place your finger on the Touch ID button, while Samsung asks that you swipe your finger, starting above the home button and moving almost directly through the center of it. And while Apple’s software suit takes into account unlocking via different angles, Samsung’s is sticking to the centered approach. This is shown in the video below, which directly compared both device’s unlock methods head on.

This results in an easier finger unlock of the iPhone and less so on the Galaxy S5. And adding the S5′s bigger size unlocking with one hand is a pretty tall task. Check out the video below.