The fake in question is an iPhone concept based on a patent filed by Apple, which showcases an unusual design with a wraparound display. These images were sent to us by someone named Fredrick Proll.

Those images, of course, turned out to be fakes – not that anyone would have bought that Apple would make such a radical redesign for an S version of the iPhone. Anyway, “Fredrick Proll” contacted us again to come clean.

The name, just like the images, is fake. The images are the work of a 3D designer Ferry Passchier. Since Googling him would quickly reveal his line of work (and expose the images as fakes), he decided to use a pseudonym that has the same initials as his name. The pseudonym is pretty tongue in cheek – Fredrick Proll, get it?

Passchier, a self-professed admirer of Apple designs, made a 3D model of the fictional iPhone based on this patent drawing: 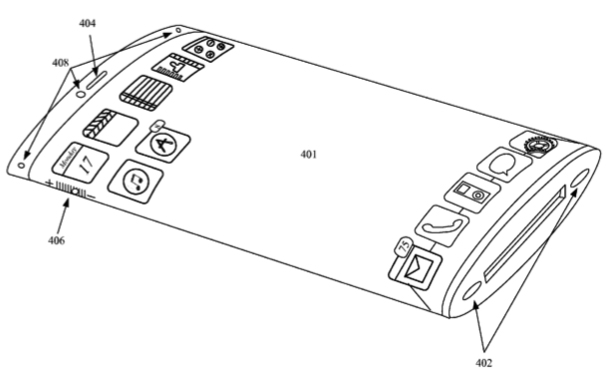 The patent on which the design was based

The model was designed and rendered into Autodesk Maya. 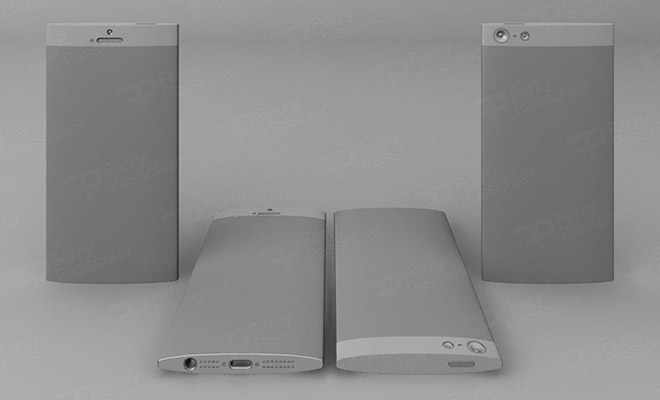 To reach a bigger audience (this was an attempt of self promotion after all), Passchier wanted the images to go viral and thought up the persona of Fredrick Proll as someone who works at Apple and sneaked a quick photo of the next iPhone.

To get the desired look, Passchier took a photo of his iPhone 4 on a table using his iPhone 4S (he does seem to enjoy his iPhones). Using the iPhone 4 as reference, he positioned the 3D model and hit render. 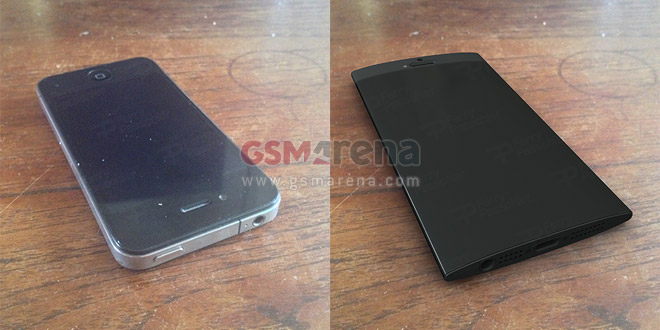 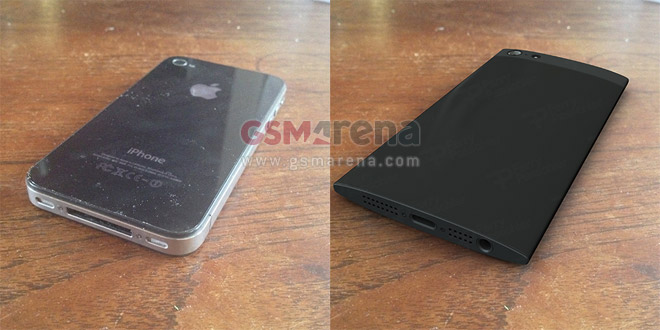 Positioning the 3D model to match the reference

Then came Photoshop to add things like dirt and reflections to the image to make it fit into the scene better and look more believable. The screen was kept off as an active screen would have been harder to integrate into the scene. 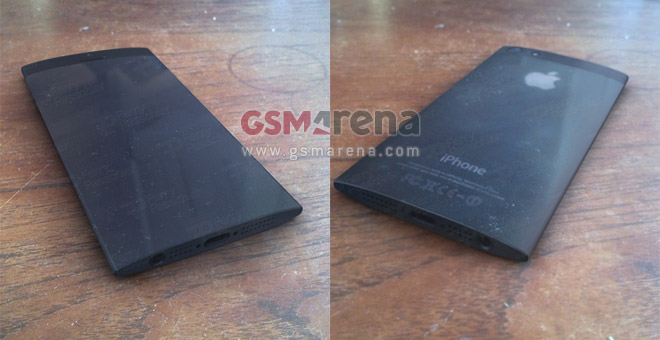 A bit of dirt to make it all look real

Those are the image Passchier sent us. Later he made official looking “studio shots” of the invented iPhone in many colors. 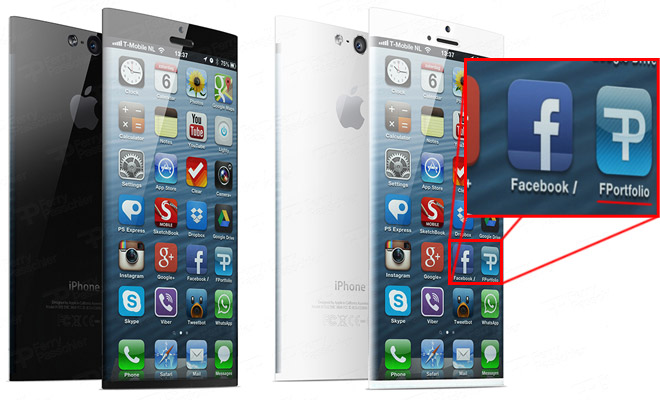 The “studio shots” • notice the FPortfolio shortcut, a hidden watermark

The whole project seems to have been a success – Passchier reports that he has seen his work on many websites and even videos on YouTube discussing the new design. This stunt also landed him a job at 9to5mac.

Well, while Jony Ive Apple would probably be conservative when it comes to changes to the next iPhone, these 3D renders are a fun look of what might have been. You can check out Ferry Passchier’s web site where he has links to his social networking accounts if you want to follow his work.