Back in August we had heard that Facebook was urging its employees, who mostly use iPhones that the company gave them, to switch to Android. The reason behind this was they knew that the Android version of their app sucks and that they wanted their employees to dogfood their app and report back on what’s wrong with it. 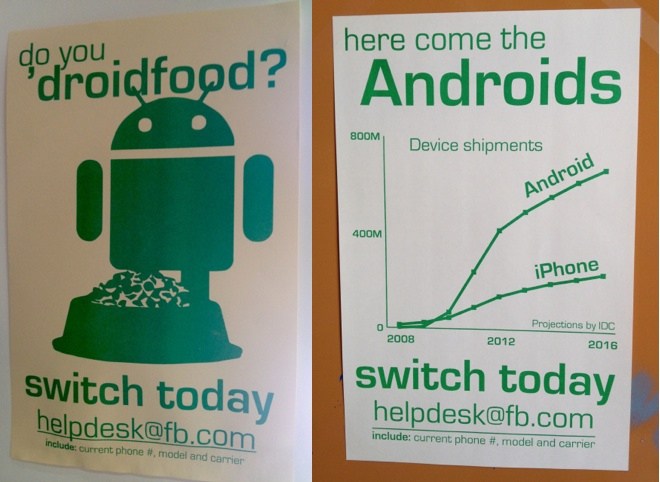 Apparently, Facebook hasn’t given up on that initiative and is continuing to urge its employees to switch to Android, as can be seen by these new posters found on Facebook’s Menlo Park campus.

Facebook employees get to try the latest and greatest versions of the apps before everyone else. Their version also has a feature called ‘Rage Shake’, where the user just shakes their phone when they come across an issue and it gets reported automatically. However, with most of the employees at Facebook using iPhones, they weren’t getting enough data on the Android app to know what’s wrong with it, so this initiative for asking the employees to switch is a step to correct that problem.