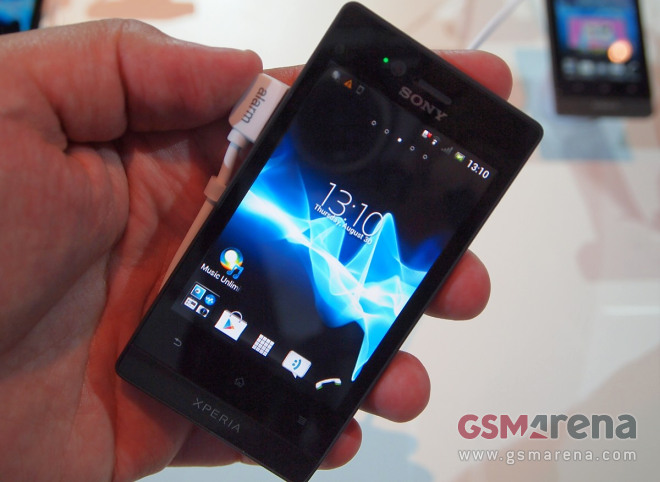 Specs-wise, the Xperia miro has lots of common internals with the Xperia tipo but offers two major upgrades – a 0.3″ bigger LED-backlit LCD screen and a 5 megapixel snapper. Thanks to the LED-backlit upgrade, the phone is also thinner and lighter.

The phone has escaped Sony’s square design, but is still pretty nicely looking for an entry-level device.

There are no metallic parts on the Xperia miro’s body, but the plastic used for its panels seems quite solid and feels decent to touch. The battery cover attracts almost no fingerprints and smudges.

Xperia miro runs on Android 4.0 ICS skinned with Sony’s familiar user interface on top. There are no surprises within the software department – we’ve seen this combo in action a few times already.

The Xperia miro is going to launch in a month with the attractive €150 price tag, so we’ll try and get a unit for a complete review. You know, once we are done with all the IFA headliners.