Some say that soccer will never be popular in America, and that may be true, but the numbers from ESPN’s mobile app suggest otherwise. 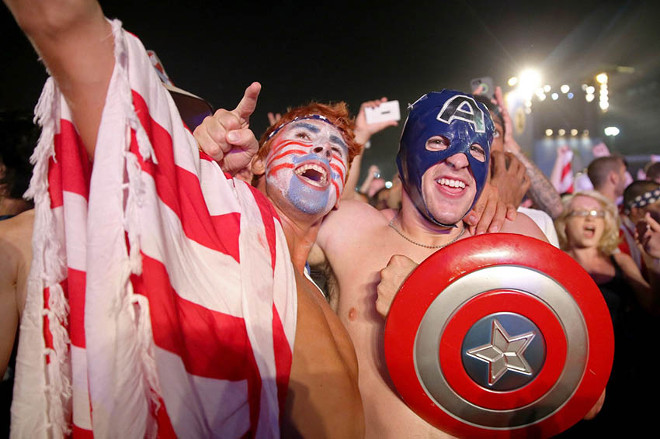 The USA-Germany game reached 1.7 million viewers, on the ESPN app alone during the World Cup game between the two countries.

So why is this number so significant? Well, the number of people who tuned in for the last Super Bowl, arguably the most watched sporting event in the US, was 1.1 million on the ESPN application. The number is also impressive because this only counts the number of viewers who watched the game on the mobile application: this leaves out all of the folks watching it online or through more traditional broadcast television streams.

Looks like there are some soccer fans in the USA, but then again, everyone is a fan of soccer when the World Cup is on.