Microsoft officially pulled the curtain on Windows Phone 8 at yesterday’s Windows Phone Summit and we see promise of exciting times for the industry.

While it’s temptingly easy to pass verdicts before we’ve actually seen any real WP8-rocking hardware, here go a few of my thoughts on the announcements.

• The smartphone scene is finally at a point where it can actually become the three-horse race Stephen Elop pictured. Microsoft is done playing catch up and is now ready to trade blows with iOS. The level of Android functionality is still out of reach for now and the gap might even widen with Jelly Bean next week, but not everyone is a power user and consistent, sophisticated looks might be valued over a file manager and a torrent client for example. Plus, the ideology behind Windows Phone has always painted it as an iOS rival, rather than an Android killer, so we’d call this a point for Microsoft.

• The only area where WP8 is still off the pace is apps and that’s why sharing code between its platforms was probably the smartest move by Microsoft at this point. With neither Windows Phone 8 nor Windows 8 RT topping any developer’s priority list, unifying the development for the two platforms was the only way for them to really threaten the established players. 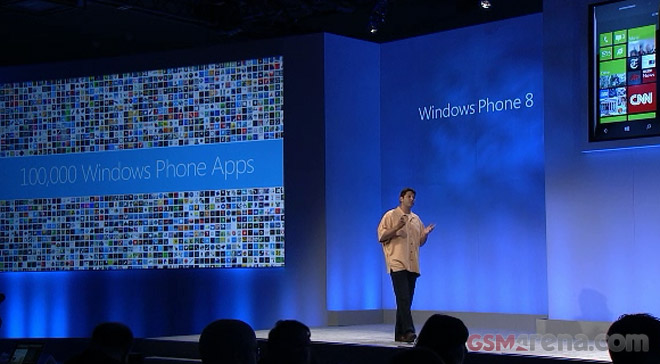 • That said, 100,000 apps is quite a lot really, even if the number pales in comparison with the Appstore and the Play store. Most big names are already available in the Windows Phone Marketplace and the fact that some apps may arrive to the platform a bit late is down to the platform’s market share more than anything else. If the promises of easy porting across platforms are backed by some investment, differences might diminish extremely fast. True, you won’t be getting much bragging rights with a WP8 smartphone for some time to come, but that’s for hardware manufacturers to address with a suitable price reduction.

• Speaking of hardware manufacturers, yesterday’s proceedings mean that Nokia has only one shot at survival now. The fact that WP8 won’t be coming to legacy hardware means all current WP smartphones lost a huge chunk of their value. Who would buy a smartphone that is guaranteed to be obsolete in three month’s time? With Nokia Lumia 900 just gone global, the announcement couldn’t come at a worse time for the company’s Q3 performance. 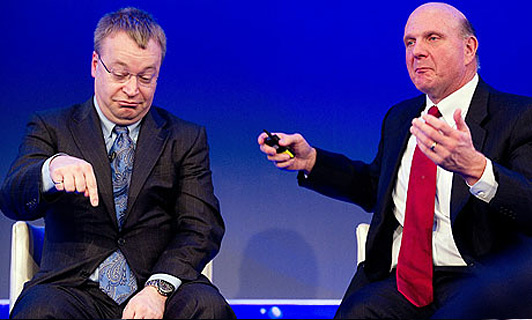 Stephen Elop won’t be so happy when he sees the Q3 results (Photograph: Leon Neal/AFP/Getty Images)

Nokia shot themselves in the foot in a similar fashion last year by announcing the switch to Windows Phone months before having a product ready for market release, instead of trying to squeeze some extra cash out of Symbian, which is now desperately needed to buy the company some extra time. With yesterday’s announcement all current Lumias (and all of their WP7.5 peers for that matter) were relegated overnight to low-margin products and with a Nokia WP8 smartphone unlikely to appear before October (and that’s the optimistic scenario), this is certainly not what the doctor ordered for the Finns’ ailing finances.

• Then again, the fact that Nokia is up against the ropes might mean that users will get a competitively-priced well-built monster of a WP8 smartphone as a Christmas gift. Imagine a Krait-powered PureView smartphone with a 720p screen. I certainly wouldn’t mind taking something like that for a spin.

• As for the other Microsoft hardware partners, the announcement that there will be just four of them remaining is only slightly worrying. LG haven’t been doing too great with Android lately and have officially announced they’re done with tablets. One would think that WP8 would be a chance the company wouldn’t like to miss, but it turns out they chose to pass for now. 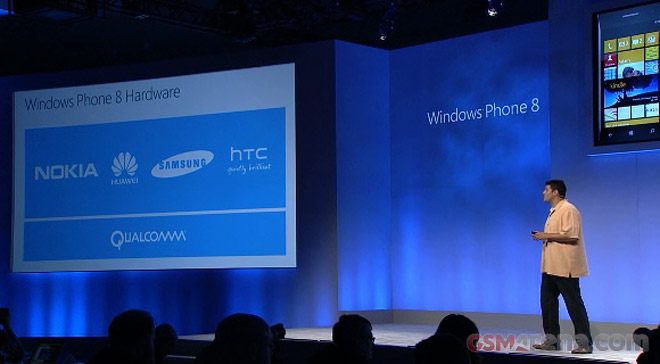 It might be just a side-effect of the skewed landscape, which sees Microsoft favor Nokia over the other manufacturers, but still. If the Redmond-based company can’t even convince one of its existing partners (and one with whom Microsoft has great history) of the WP8 potential, then developers and users will have every right to feel a little suspicious too.

• Back at the issue of no WP8 upgrades for WP7.5 smartphones – resetting the platform’s user count is certainly a gamble for Microsoft, but from where I stand it might just pay off. There are not that many WP users currently, so the reputation of the company won’t be affected too badly and the platform really needed to move forward if it was to survive.

Furthermore, all current Microsoft smartphones will still get WP7.8 and that would mean the first generation has been supported for nearly two years and the second-gen WP7.5 smartphone had support for at least a year. The Lumia 900 and Titan II users are the only ones who have a right to feel angry at Microsoft after last night’s announcement and even they are better off than some Android users.

• At the end of the day, Windows Phone 8′s biggest problem is that it may be arriving at a time when the feature-phone and Symbian market shares will have been almost completely swallowed by Android and iOS, which means that the new platform will have to fight its established rivals for every unit sold. Sounds like an uphill task it certainly is, but if Microsoft manage to keep up with the pace they set last night, it’s not beyond belief that they may actually be able to pull it off.