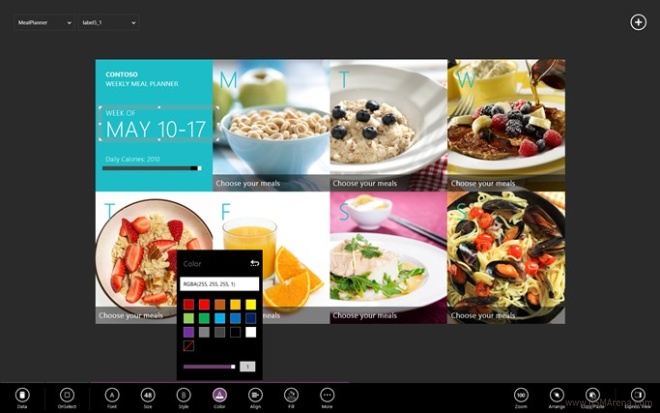 The new project from the Redmond giant is focused on creating relatively small applications with high visuals, images, shapes and buttons. With the app, you get to control all the visual elements such colors, font size and other basic options.

This means that while the app does not provide visual studio or other more technical tools to potential developers, it does have the ability to embed data sources from Excel, Azure, REST, RSS and SharePoint.

Furthermore, if you create a Windows 8.1 app using Siena, Microsoft will straightaway publish your app and you can even share it with your friends and others as an installer package.

You can get Microsoft’s Project Siena app from the source link below for both Windows 8.1 and Windows RT 8.1.