Microsoft has a new ad out and it pits Windows Phone 8.1′s virtual assistant Cortana against Apple’s own Siri in a fight to prove which is the best. 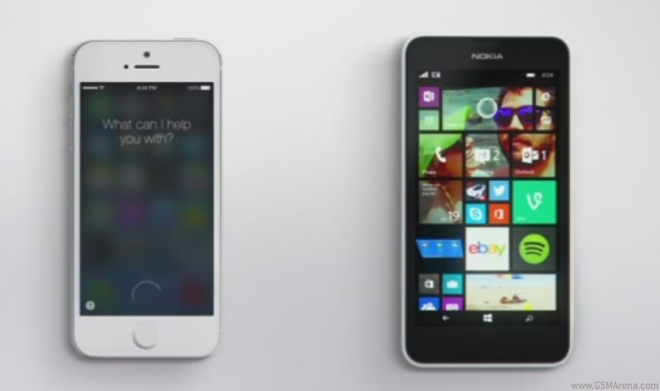 The assistants battle on the grounds of a Lumia 635 and iPhone 5s. Microsoft naturally picks its strong suits asking Cortana for things it knows it can do like set up a reminder for the next time a contact calls.

In this instance it’s “when my wife calls remind me to tell her happy anniversary” – smooth move letting her call first. Siri plainly says it cannot do that. However when Siri can’t do something the words will appear on screen – in the ad Siri just has What can I help you with on screen.

And while Siri cannot remind you something when a call arrives it will store a reminder for you to wish happy anniversary to your wife. Anyway here’s the video.