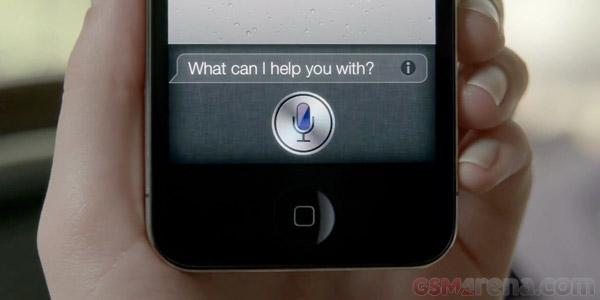 This latest solution only currently works on the iPhone 4 and the iPod Touch 4G with a jailbroken version of either iOS 5.0 or iOS 5.0.1, so if you were hoping for some Siri action from your iPhone 3GS or your iPad 2, you’re going to find yourself waiting a very long time.

The port itself is available to download and install now, with user reports confirming that everything works as it should. Some users found issues with their cameras following the installation, but there’s apparently a fix already available for this too, so not to worry.

The biggest issue with any Siri port so far seems to have been with accessing the Apple servers, a necessary part of Siri’s operating behavior. As such, the most successful ports preceding CD-Team’s version of Siri have been as far as getting a working GUI but not a lot else.

CD-Team have addressed the issue by running an intermediary server of their own creation, meaning your iPhone connects through some non-Apple servers set up by the hackers which then apparently relay information to Apple’s servers much like the legitimate service does (at least for the last bit).

At the time of writing CD-Team’s initial servers are down following their small scale testing phase and they’ve mentioned that they will most likely open up new servers in due time, but with no set schedule right now, the service remains offline.

If you want to download CD-Team’s H1Siri (as they’ve dubbed it), follow through from the source link for directions and guidelines. Chances are their servers won’t be running just yet and as such your device won’t be able to utilize its new found voice straight away, but be patient and you too should be able to experience the vocal delights demoed in this video, enjoy: