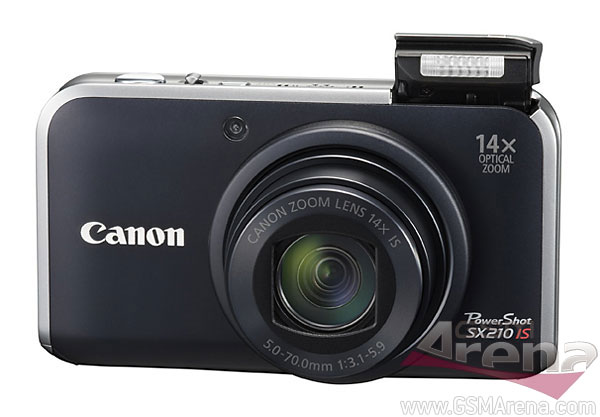 The SX210 IS also sports a metallic body and is capable of recording 720p video at 30 fps. Its LCD display measures 3” in diagonal and sports 230k pixels.