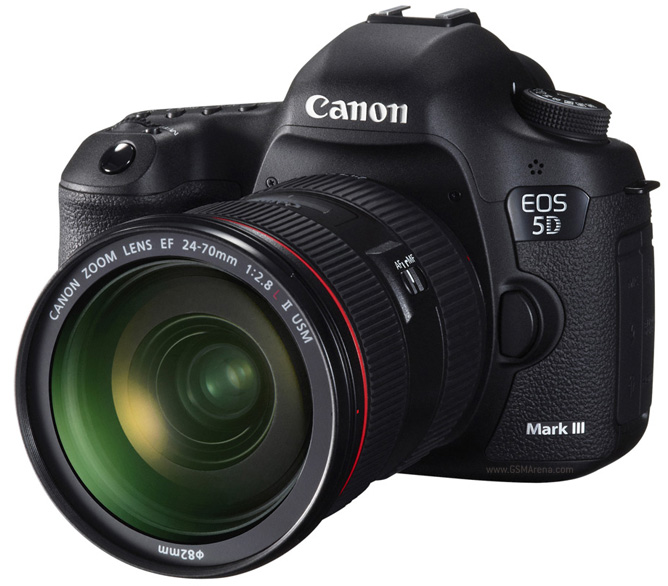 When Canon launched the 5D Mark II back in 2008, it became an instant hit due to the presence of the 1080p video recording mode, something that was very new in the world of DSLRs. Finally, people could not only capture professional quality stills but also professional quality videos without spending a lot. Eventually, the 1080p video mode trickled down to other cameras and is now a common feature but the 5D Mark II still remains popular for being the first one to introduce it. With the 5D Mark III, Canon has taken the existing 5D Mark II and turned everything up by several notches.

First of all, despite the similar resolution, the sensor is all new. It features a gapless microlens design, improved photodiode structure and on-chip noise reduction. The first two help improve the signal-to-noise ration and the dynamic range of the camera respectively, whereas the latter, as you can guess, helps reduce the noise in the images on the sensor itself before being passed on to the on board image processor. 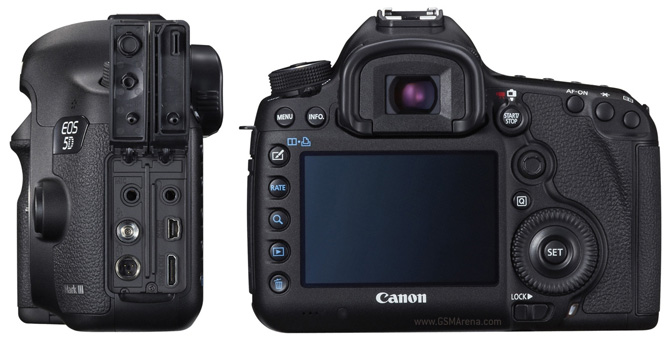 The 5D Mark III also utilizes a 61-point auto-focus system taken straight from the 1D X that we saw recently with an impressive 41 cross-type points and five dual cross-type points, that beats the one on the new Nikon D800 by about ten points and by a staggering 52 points over the previous 5D Mark II, that only had a measly 9-point system. There is also a new 63-zone metering system and the ISO range has been improved and can now go from 100-25,600, with an additional option to go up to 102,400. How it performs at those sensitivities remains to be seen although the performance is said to be immensely improved compared to the 5D Mark II at similar ISO levels.

The 5D Mark III also features a faster 14-bit DIGIC 5+ processor, same as one of the two in the new 1D X that makes it seventeen times faster than the older 5D Mark II. It also lets it make impressive feats such as 6 fps burst mode for either 18 RAW images or 16,000 JPEGs in full resolution. 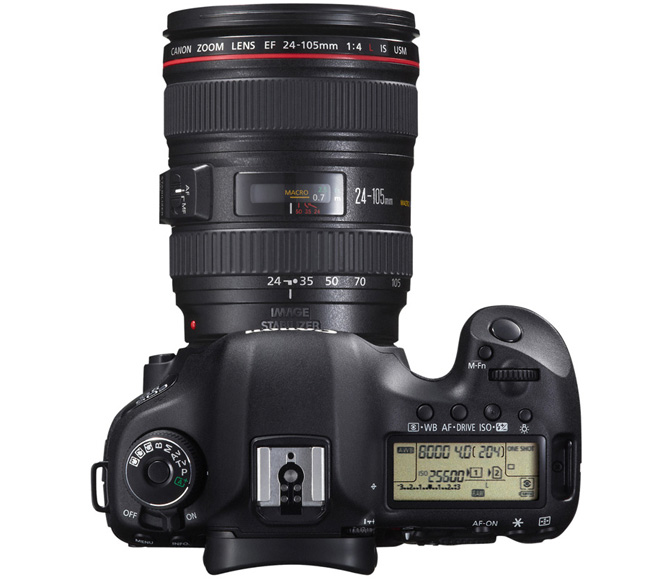 Among other additions to still image capture is the presence of a new HDR mode, a first for a Canon DSLR and a new silent mode, which reduces the number of shots you can take per second but sounds about half as loud as in regular mode. The viewfinder now offers 100% coverage, similar to the D800.

Moving on to video recording, the new EOS 5D Mark III can record 1080p videos in 24, 25 and 30-fps or 720p videos in 60-fps. Canon has improved the video recording quality on the EOS 5D Mark III, which takes care of the moire and aliasing artifacts visible in the EOS 5D Mark II videos. The camera also supports the high bit-rate intraframe (ALL-I) and interframe (IPB) codecs for video recording. Lastly, a headphone jack has been added, another first for a Canon DSLR, that allows you to monitor the sound while recording. Only thing missing is the ability to output uncompressed video through the HDMI port to an external recorder, something you can find on the D800.

The design of the EOS 5D Mark III is very similar to that of the EOS 5D Mark II, so those who will be upgrading will feel right at home. Only a couple of switches have been moved around, such as the power button, which now sits on the mode dial and a new dedicated video recording button. The dial on the back can now be locked and used as a touch dial (without physically rotating it) for silent operation during video recording. The display has also been improved. The 3.2-inch Clear View II LCD now packs in 1,040k dots, which should make it extremely crisp and clear.