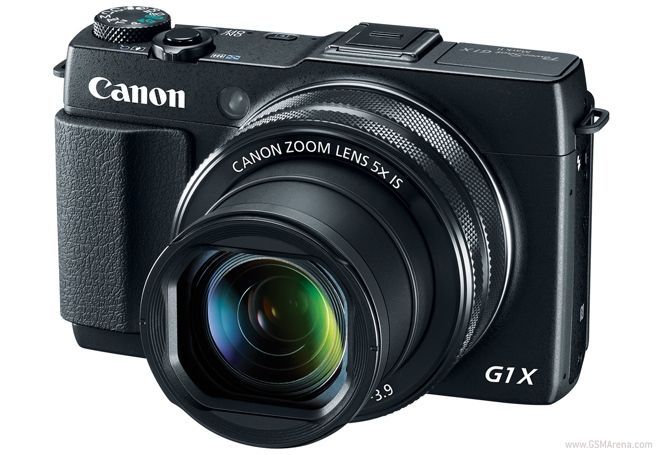 Inside the G1 X Mark II is a new 1.5-inch, 12.8 megapixel 3:2 aspect ratio CMOS sensor, which is way bigger than what you get in most point-and-shoot cameras, and even bigger than the 1-inch sensor in Sony’s excellent RX100 II. The camera has a range of ISO 100-12,800 and with a sensor that large you should be able to get fairly usable images even at the upper ISO limit. The camera has a 31 point AF system for quick focusing.

On the lens side, the G1 X Mark II has a f2.0-f3.9 (24-120mm zoom equivalent) 5x optical zoom lens. The wide aperture allows you to have soft focus background or bokeh in your pictures, along with being able to get more light in. There are also two control rings around the lens, a step ring for customizable settings such as aperture and shutter speed and a continuous ring for manual focusing. 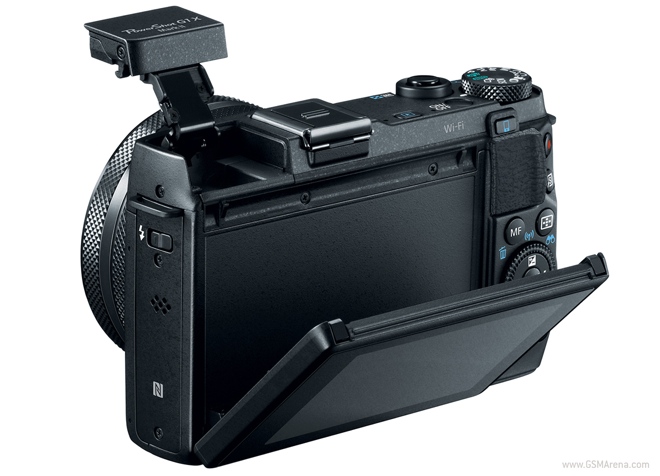 The G1 X Mark II can capture images in 14-bit RAW along with JPEG and record videos in 1080p30. The camera also has several modes designed specifically to capture stars in a still image or a time-lapse movie.

On the back, the G1 X Mark II has a tilting, 3.0-inch full touch 1040k dot LCD that tilts 180 degrees up and 45 degrees down. It also has WI-Fi and NFC connectivity, which lets you quickly transfer images to an Android smartphone or tablet using Canon’s mobile app. You can also use your smartphone or tablet to remotely control the camera from a short distance.

The Canon PowerShot G1 X Mark II is priced at $799.99 and will go on sale in April. The camera is targeted at those who’d like something that offers close to DSLR level performance and features in a smaller size. It looks like Sony might just have a serious rival to the RX100 II.