It’s always about speed with browsers – company undertook a huge testing effort to answer the question “Which is faster – the Android Browser or the iPhone’s Safari for iOS?” Well, after 45,000 page loads the answer was clear, Android wins by a huge margin. 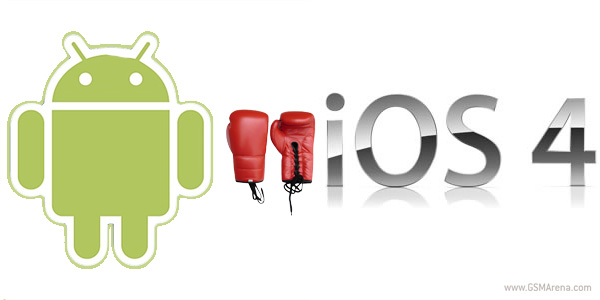 The test also offers other curious results. The oft touted speed it turns out doesn’t affect page load times as dramatically as browser makers would have you believe…

For the tests the company Blaze used iPhone 4 running iOS 4.3 and Google Nexus S running Android 2.3 Gingerbread along with custom apps that automatically load pages and measure the speed.

The chosen websites were the thousand homepages of the Fortune 1000 companies. Each page was loaded multiple times on different days. Tests were run over Wi-Fi.

These two charts summarize the results: 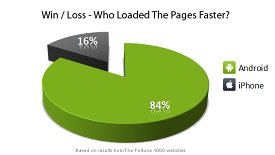 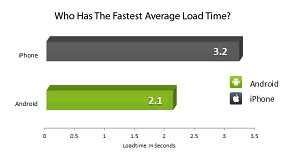 Android’s browser managed to load 84% of the websites faster than Safari, with whopping 52% faster load times on average.

Android 2.2 Froyo was 10% slower than 2.3 Gingerbread, despite the 40% JavaScript performance boost in the latter. iOS 4.2 and iOS 4.3 are pretty much 50/50 when it comes to which version loaded the website faster, but the newer OS was actually 2% slower on average.

Another interesting result is that mobile websites – Android and iOS both managed about the same load times for the mobile sites, but while on Android, the difference between mobile and non-mobile sites was pretty small, iOS showed a large improvement in favor of mobile versions of the sites. 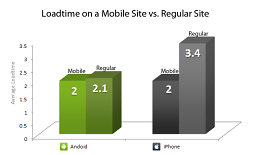 The iPhone 4 running iOS 4.2 was also used for a Wi-Fi vs. 3G test – and Wi-Fi predictably won out by a huge margin (82% of the sites loaded faster) but the difference in load times was just half a second. Of course, the test was performed under ideal reception conditions.

There’s a great tool that lets you test the load time for any site using Android 2.2/2.3 or iOS 4.2/4.3. The tool gives very detailed results and will even play a video showing the page load on the device, it’s really cool! 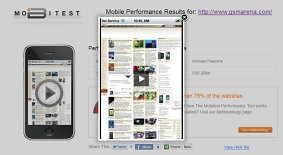 Check out the full Blaze report, which has a lot more detailed info on the results and the tests themselves.