The second act of the game has been in works for a while now and after a long wait it’s finally here. Unlike last time, the game is now also available on Android, and you can download both parts of the game together and those who bought the first part get the second one for free. With that out of the way, let’s get to the meat of the review.

As a warning, there are going to be spoilers about the first act of the game in this review. If you haven’t played it yet, I suggest you do before reading this.

The second act of Broken Age begins right where the first one ended. If you remember, Shay and Vella’s worlds finally collide, and after being in different places before, you find out that they are in the same world, and that the spaceship that Shay was on wasn’t really in space and that it was actually just the Mog Chothra. After that, Shay gets trapped in Vella’s world and she gets trapped in his. Now before you start playing this game, I’d recommend you play the first act. You’re thrown straight into the second act of the game and if it’s been a while since you played the first act you aren’t going to remember a lot of the things. 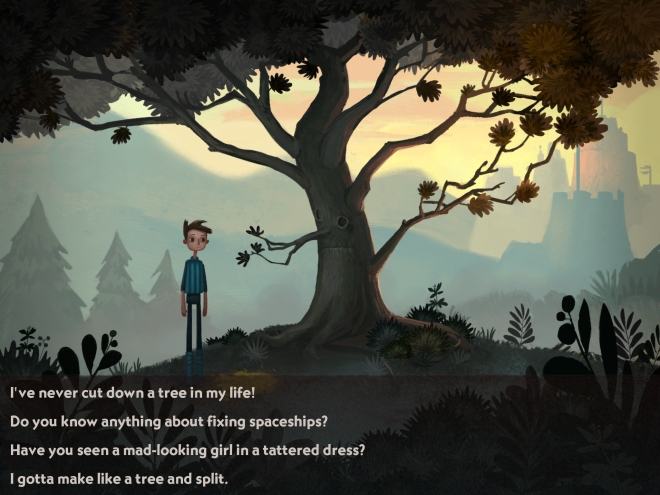 The story of the second act is a mess. The first act had this big twist and cliffhanger ending that left a lot of questions unanswered but the second act does a terrible job of explaining it. The game keeps throwing increasingly less plausible things at you that doesn’t really explain anything and only raises more questions. It’s hard to go into details without spoiling it but all I’d say is that the second act lacks the coherence and simplicity of the first act and ends up being a bit of a convoluted mess. The gameplay doesn’t really help either. It’s still a point and click adventure that has you tapping on things to move around and interact with them and dialogues with other characters are in the form of multiple choice menus. All that is fine but the puzzles are simply atrocious. The first act had fairly simple puzzles and concentrated more on story telling but the second one goes completely overboard. A lot of the puzzles are ridiculously vague with convoluted solutions that one can’t even dream of. Often you will just give up and rely on the official walkthrough on the developer website, which is also needlessly vague at times. 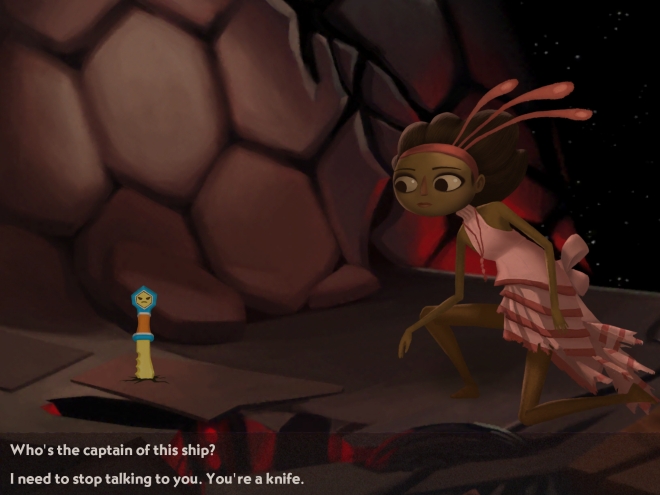 And the amount of backtracking in this game is just mind numbing. In the first act everything was new, so even if you moved back and forth a bit it wasn’t so bad. In this game, all that happens is that Shay and Vella switch places, but are still stuck in the same worlds. Many of the puzzles make you move back and forth dozens of times to solve increasingly complicated puzzles. And you better not miss any of the tap targets in an area, or you will probably never find the solution to the problem. 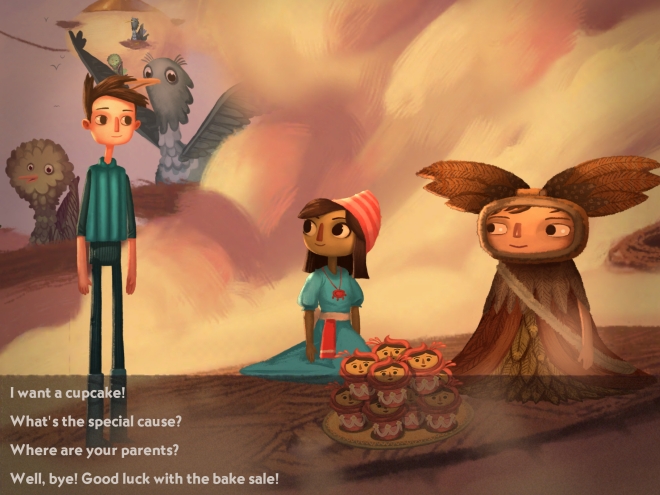 Act two also relies on moving back and forth between Shay and Vella to solve some puzzles. While in the first act you could complete one character’s story and then move on to the other, second act needs you to be at a particular place with one character to move forward with the other. While it might sound fun that you are solving one characters puzzle using information from the other character’s world, from the character’s perspective this would be a deus ex machina moment because there is literally no way the character would have solved that puzzle on their own if you, the player, didn’t provide information from a different world. 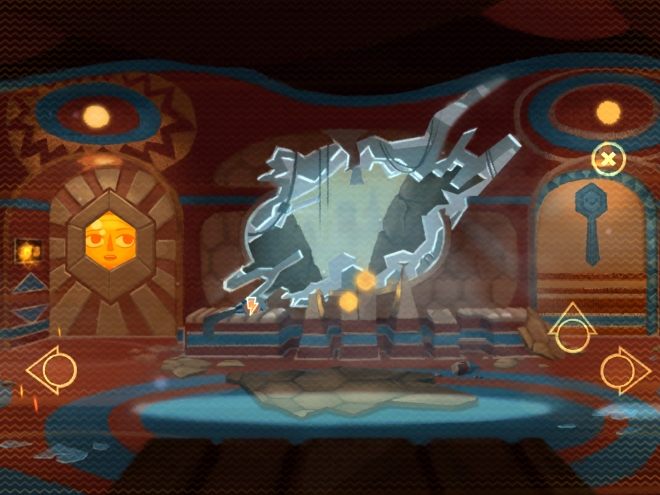 Moments like these just add up, meaning you are more frustrated than entertained by the end of the game. I still love the art design of the game, and the dialogues between the characters is also quite humorous at times. All the voice actors also did an excellent job and the music is still great. But the second act of Broken Age is infinitely less fun than the first. It’s complicated, frustrating, and just doesn’t make sense a lot of the time.

If you played the first act of the game, you could play this for the closure but you’ll likely be more annoyed and confused than you should be.