BlackBerry Z10 compared to the iPhone 5 on video, found to be noticeably better

It looks like RIM is all set to compete against the smartphone top dogs with its upcoming BlackBerry 10 OS. A recent video comparison suggests that BlackBerry Z10 is perfectly capable of matching the performance of the Apple iPhone 5. 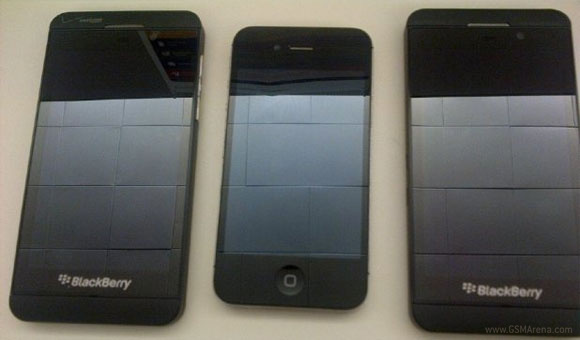 The comparison also goes through some of the hardware highlights such as the display and battery capacity. BlackBerry Z10 comes with a 4.2″ display of 356 ppi density, against iPhone 5′s 4″ screen and 326 ppi density. Furthermore, the 1800 mAh removable battery in BlackBerry Z10 sounds impressive when compared to the 1440 mAh battery in iPhone 5, which can’t be removed.

The latest inclusion of BlackBerry Voice from RIM takes on the Apple’s Siri. The BB Voice application lets you text, dictate commands, e-mails etc to the phone. The new browser in the Z10 was also tested and it gave the iPhone 5′s Safari a pretty comprehensive beating.

BlackBerry 10 OS’s element however is said to be multitasking, as the latest RIM OS is capable of keeping work apps separately from the personal apps on the device. The specifications of the Z10 look very impressive on paper, but will we are yet to see if it has what it takes to re-take some of the ground it lost to the iPhone 5 and the Android army.