It seems Amazon may have started a tablet price war with its $199 Kindle Fire (or was it HP?). Either that or Best Buy suddenly realized that the HTC Flyer was way too expensive, because they have announced a $200 price cut on HTC’s premier tablet (for the Wi-Fi only version). 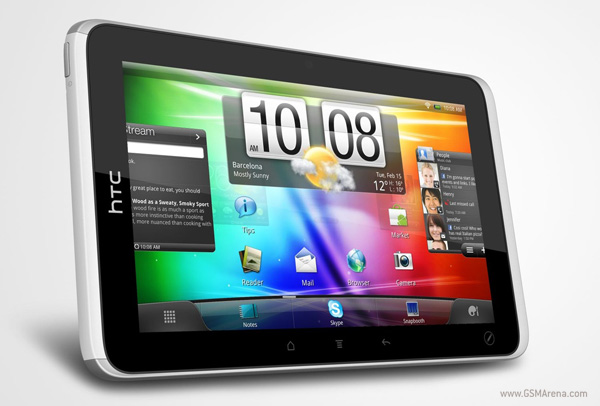 This brings the price of the 7-inch tablet down from the lofty $499 to a more palatable $299. For that price you are getting what is arguably one of the best 7-inch tablets around. Again, we’re talking about the Wi-Fi only version, not 3G-enabled one, which wasn’t mentioned in the press release.

It may not be running the latest tablet optimized version of Android (although the leaked screenshots of Honeycomb for Flyer suggests it won’t be in this state for long) but it is still a well-rounded device with a fine feature-set and respectable performance.

Now some of you may think it is still not cheap as the Kindle Fire but let’s not forget that there is a good reason why Amazon can afford to sell the Fire for so much less. Amazon will be selling a lot of content through the Kindle Fire and that’s where they intend to make money. In fact the Kindle Fire is just that, a way to make people use Amazon’s services more often. But still, even though the other manufacturers can’t afford to sell their tablets at the same rate as Amazon, they will have a tough time explaining why their’s cost so much more; hence the price cuts.

Unless of course you’re Apple. In that case you can price your devices whatever you want and people will still buy them.