BBM 2.0 for iOS and Android brings a host of new features

BlackBerry announced that a major update is coming to BBM for iOS and Android. Version 2.0 of the popular adds a host of new features to the popular messenger, headed by voice calling. 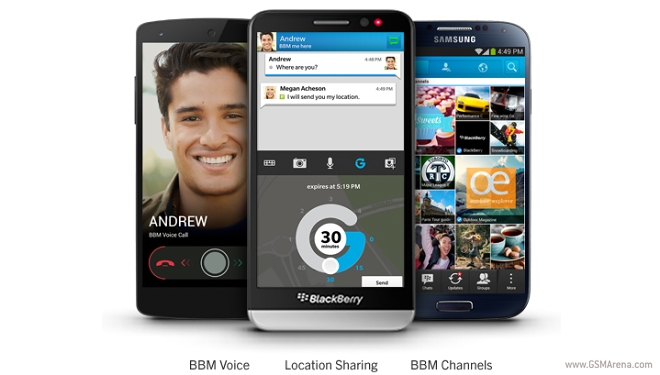 Voice calling works over both Wi-Fi and cellular connection and allows a user to call his/her BBM contacts anywhere in the world. The feature is available free of charge.

Furthermore, the update brings support for BBM Channels to iOS and Android. The feature allows random users of the messenger to chat about topics of common interest.

Temporary location sharing via Glympse and Dropbox support are also integrated in the new app version. The latter is particularly handy, as it allows users to easily send large files from their Dropbox folder to BBM contacts.

BlackBerry has prepared a short video which showcases the update. Check it out below.

The updated BBM should be available at some point today. If you are an iOS or Android BBM user who has experienced the new version already, feel free to drop us a line in the comments section.