Bada OS version 2.0.1 beta now available for the original Wave too – try it out if you dare

The original Samsung Wave (which first showcased the SuperAMOLED wonder of a display) is arguably among the best equipped smartphones out there (outside the Android and iOS camps). It’s bound to get even hotter with the release of the Bada OS 2.0.1. It will surely take some time but while you wait, you can try the beta version right now. 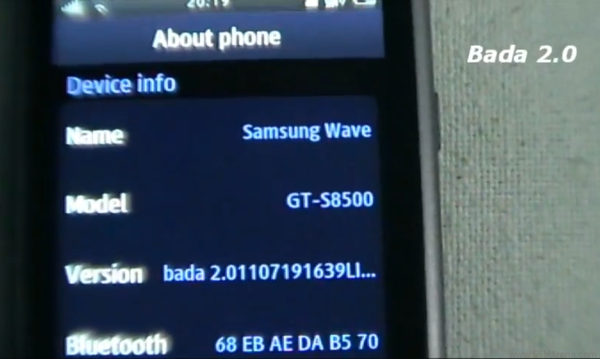 The beta brings a set of new features, worth having, like the new UI look, the drag-down widgets screen, the Music and Social hubs, the revamped gallery with stacked albums, the 3D cover flow-like music player, the Dolphin browser 3.0. You might remember the beta landing on the Wave II just a couple of days ago.

The software is still in its beta stages so there could be some bumps along the way. Reportedly adding new widgets to the homescreen crashes the OS, IM doesn’t work with all accounts, the Google app and Facebook app don’t work, Kies sync works only with contacts and switching off the handset crashes the OS.

Check a short video, showcasing the changes brought by the Bada OS 2.0.1 beta.

Here’s a link if you want to test the Bada OS 2.0.1 beta on your original Wave.

Thanks for the heads-up, Daium