A few years ago, a little old hacker by the name of Andrew Auernheimer was able to snatch 114,000 email addresses of iPad owners and shared the security breach with Gawker. 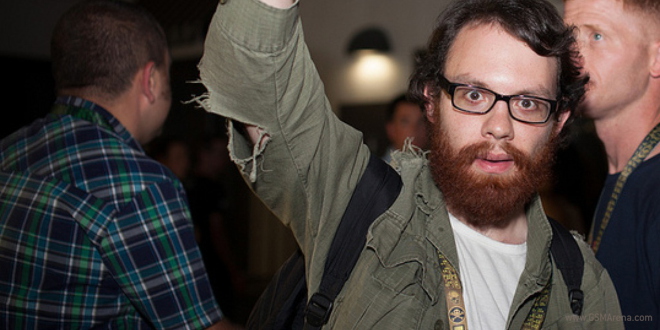 Well his blabbing landed him a hefty $73,000 fine and a 41-month prison sentence. But it looks like that decision has now been overturned.

He’s been exonerated pretty much on a technicality; because the Third Circuit Court of Appeals determined that he was charged by the incorrect court. So he’s walking because the venue was wrong. The legal ruling below explains it in further detail:

“Venue in criminal cases is more than a technicality; it involves ‘matters that touch closely the fair administration of criminal justice and public confidence in it…this is especially true of computer crimes in the era of mass interconnectivity. Because we conclude that venue did not lie in New Jersey, we will reverse the District Court’s venue determination and vacate Auernheimer’s conviction.”

The fortuitous turn of events are probably music to the ears of Auernheimer. However, the particulars of his case and the implications for further cases of a similar nature leave many unanswered questions.

Auernheimer’s legal team originally argued that the hacker should have been let off the hook due to there being nothing wrong with his activities: that all he did was find an exploit in a URL, and didn’t really do anything malicious with the knowledge he acquired.

He was originally charged under the Computer Fraud and Abuse Act, but there’s no telling what the reversal of his conviction holds for similar cases that will surely arise in the future.